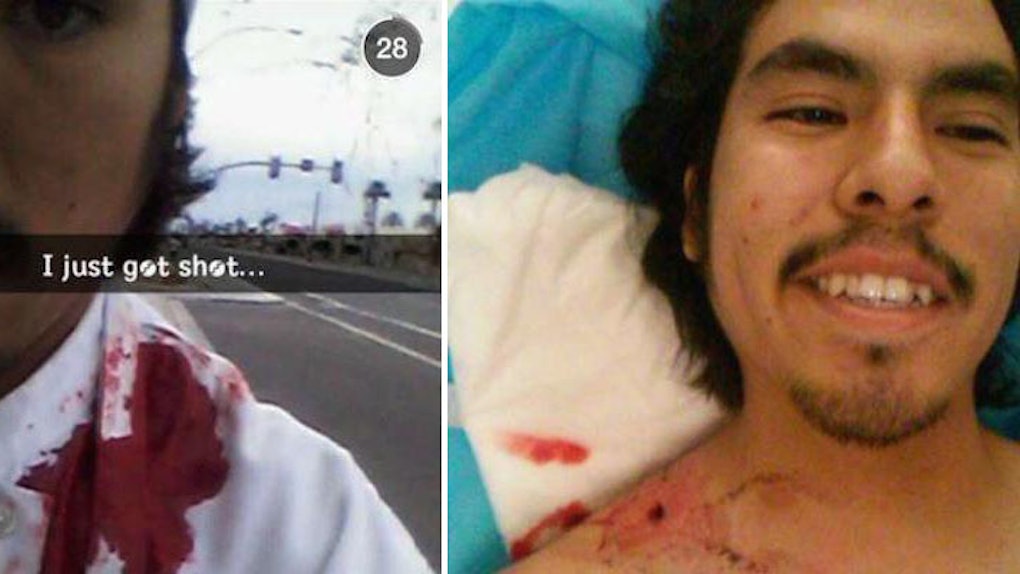 What would you do if you ever got shot?

Hopefully, if you're sane and intelligent, you'd immediately call an ambulance and/or the police and seek refuge somewhere safe.

Isaac Martinez, apparently, is neither of those things because when he got shot, he took a selfie to commemorate the (hopefully) once-in-a-lifetime moment.

Mind you, this was no accidental shooting. According to a reporter who posted Martinez's selfie -- sorry, selfies --  on Twitter, Martinez had been shot by a white supremacist on a shooting spree.

You'd think, given the circumstances, taking a selfie would be the last thing on his mind. Alas, it was the first.

Luckily, Martinez's poor judgement did not cause him any additional harm. He was treated at a local hospital and released to recover at home, where he remains, probably tweeting selfies every two minutes.

Citations: This Guy Got Shot In The Shoulder And Immediately Decided To Post A Selfie (TIME)