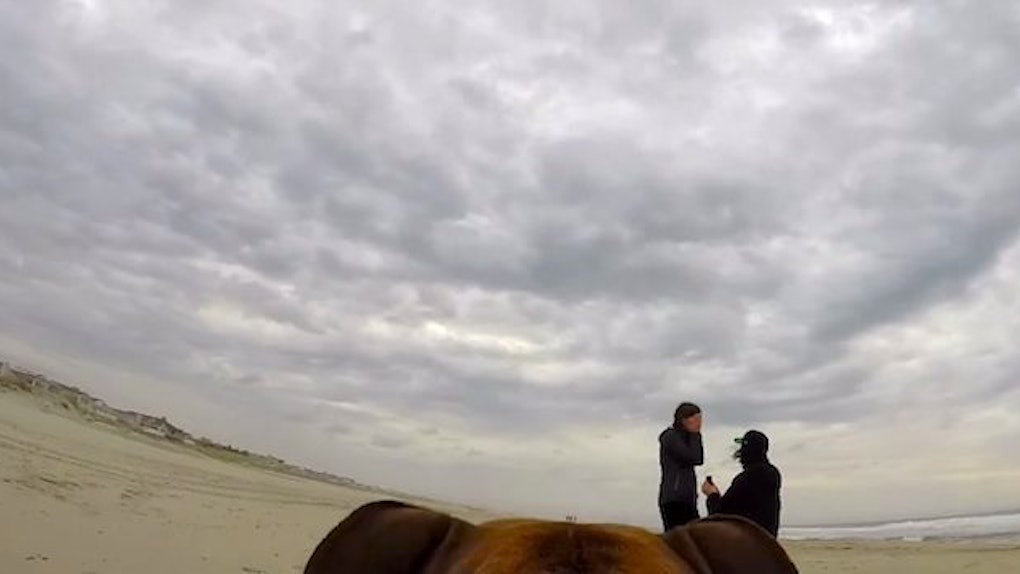 Kurt Gies wanted to film his proposal to girlfriend Amanda Wiseman but knew if he had a camera out, it'd ruin the surprise.

So he enlisted the help of a friend -- man's best friend, that is.

Gies asked Wiseman to join him and their dog Roo for a walk on the couple's favorite beach.

But before they left, he secretly attached a GoPro camera to Roo's collar to film the special proposal he'd been planning.

Thankfully, Wiseman didn't notice the camera -- so when Gies dropped down on one knee, she was completely surprised.

Though Roo became momentarily distracted by something in the distance, the sweet dog thankfully caught the entire proposal on camera, just as Gies had planned.

After a mini celebration with his now-fiancée, Gies retrieved the camera from the pooch's neck to announce:

The video is short, sweet and perfect in every way.

Congratulations to the happy couple (and Roo)!