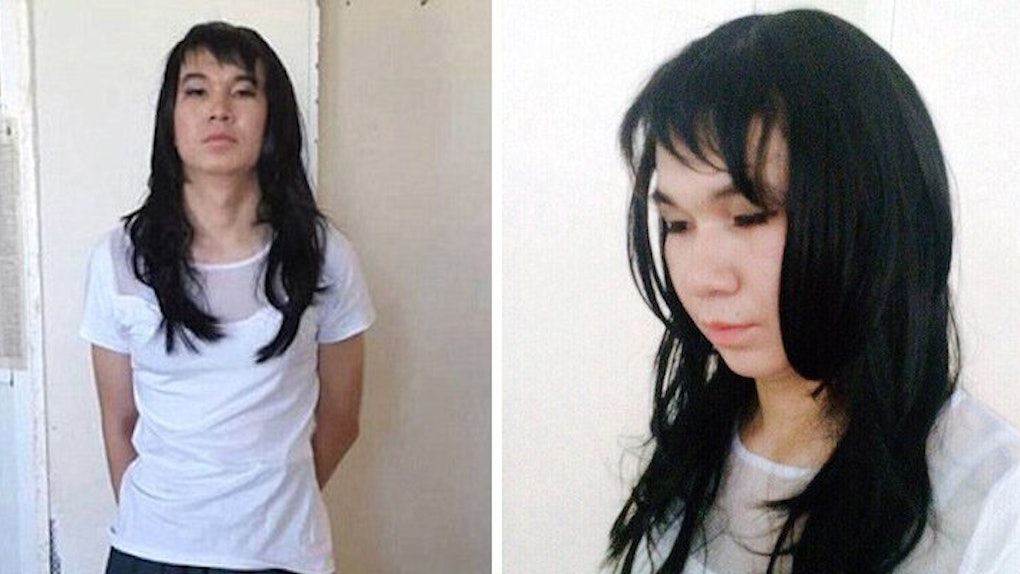 Kazakhstan's Ayan Zhademov, 20, dressed up as his girlfriend to take a crucial exam in her place.

Zhademov tried to ease her tension but failed, and he ultimately concluded her nerves might indeed ruin her performance.

So, he put on a black wig and borrowed his girlfriend's skirt and blouse.

He also applied makeup, but Zhademov was stopped soon after entering the testing room.

Exam proctors noticed he did not look like the picture in his girlfriend's ID card and pulled him aside.

A spokesman for the exam board said,

The offense was grave enough to warrant a fine of about the equivalent of $2,153.

A local businessman, however, was in such admiration of Zhademov's courage and dedication to his girlfriend's success, he agreed to pay half of the fine.

Several high school students, such as Dariga Nesterova, were impressed as well.

Of Zhademov's act, she said,

It was stupid but very romantic. Sometimes love leads us to do silly things, I wish my boyfriend was this romantic.

The stunt appears to have put the girlfriend's college career on hold as she will reportedly have to wait another year to take the exam.

Citations: Boyfriend 20 dresses up as his 17 year old girlfriend so he can take her exams (Daily Mail)