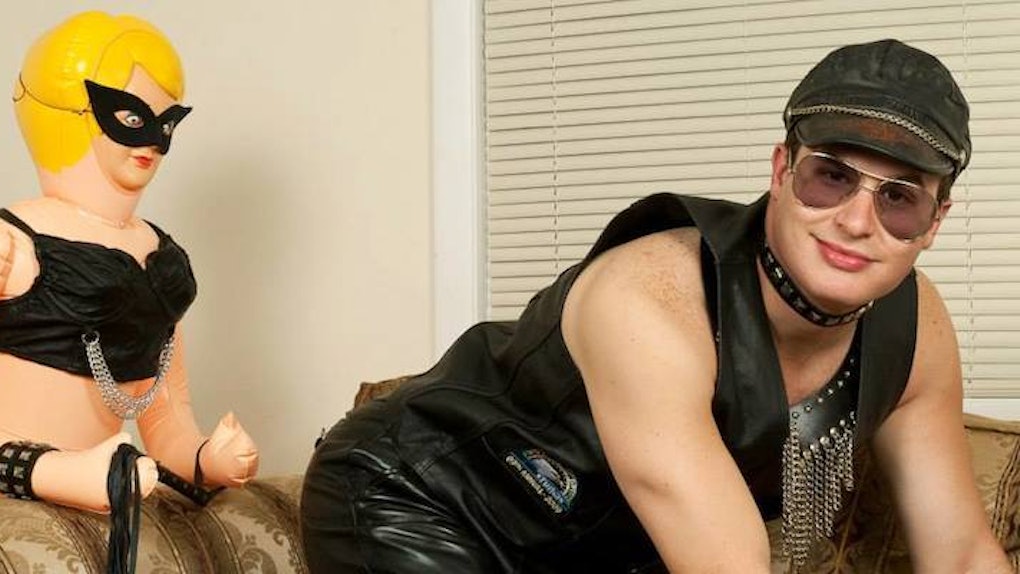 Creepy Guy Claims He's Cuddled With Over 10,000 Women In His Lifetime

Mike Fine, 33, is an expert cuddler. The New York-based comedian claims he has cuddled over 10,000 women during his life.

Apparently, Fine cuddles an average of seven women a week for approximately one hour a piece.

Occasionally, he'll partake in cuddling parties where he cozies up to many women in a given evening.

However, Fine doesn't have sex with these women, and he doesn't charge for his services. He just really likes to cuddle. Fine said,

Girls automatically assume guys are out to f*ck. They think there's something wrong when I tell them I'm into cuddling.

Fine has received rave reviews from those he has cuddled. Often, women will schedule appointments with him for cuddling sessions. Amy Fuks, 29, is one of those people. She said,

You could tell he knows what he's doing.

Why does Fine love cuddling so much? He said,

I'd choose cuddling 10 times out of 10 [over sex] — it's more intimate. And at least cuddling I know I'm good at. Sex is like a chore, a routine — it's like going to the dentist.

I have a feeling Fine could have a budding business on his hands, in spite of his insistence on not charging his clients.

I mean, how great would professional cuddler look on a résumé?

Citations: The man who has snuggled with people (NY Post)