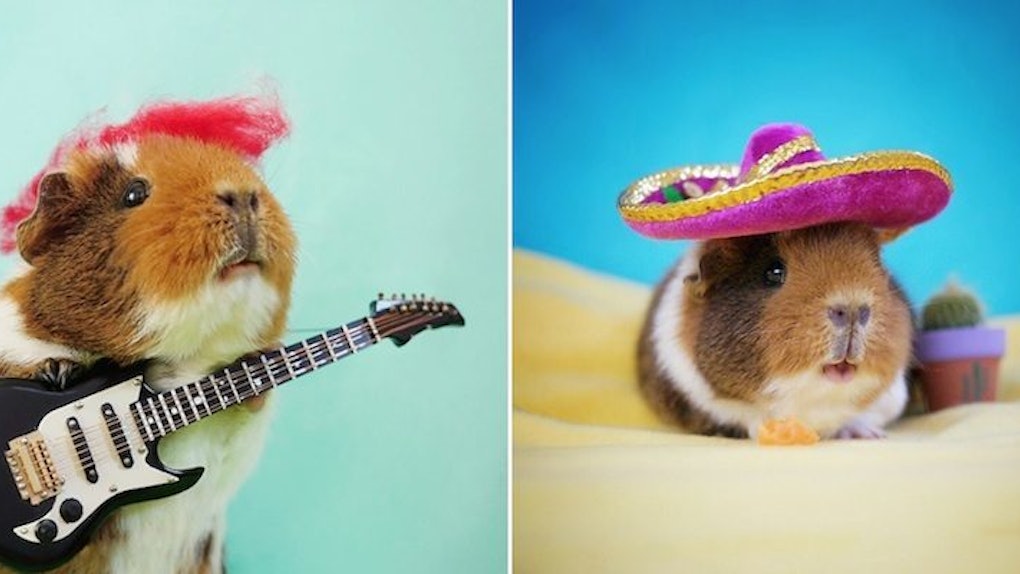 It doesn't get much cuter than an animal in costume, and Fuzzberta is no exception.

The lil' guinea pig is something of a celebrity on Instagram, where she models teeny-tiny character costumes on the reg to the delight of her 20,000-plus followers.

Even better, Fuzzberta's big sis, MiniGuineaPig, along with other famous furballs ready for their 15 seconds of fame, make frequent guest appearances on her page.

It doesn't get much cuter than this.