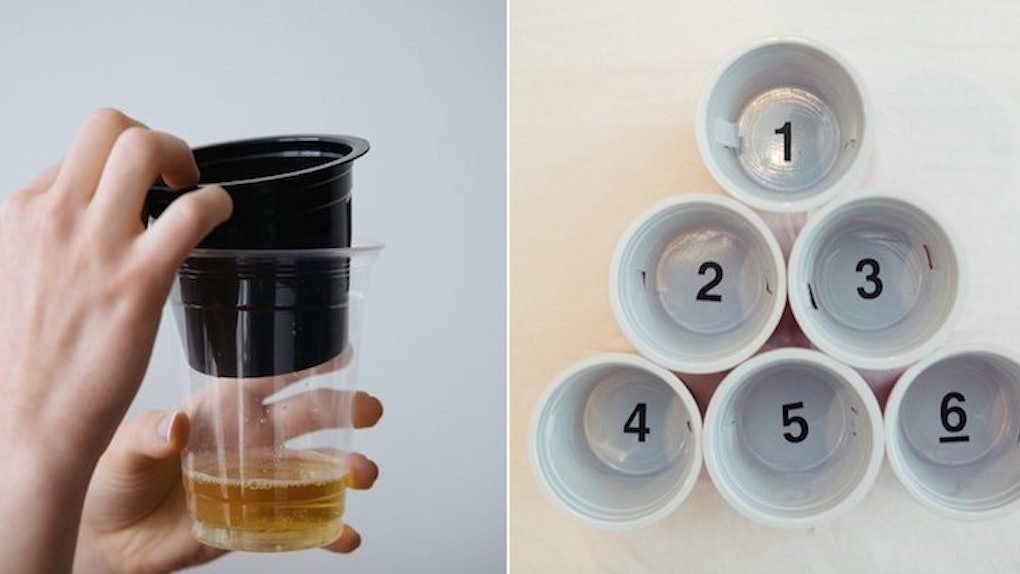 The Slip Cup is the biggest thing to happen to beer pong since the invention of frat houses.

We all tell ourselves two lies when we play beer pong:

1) Playing a game where the objective is to not have to drink beer is somehow supposed to get you drunk.

2) Putting the beer pong ball into a cup of water magically decontaminates it despite the fact that it regularly falls on a floor that is rarely, if ever, washed.

While I can't do anything about getting you actually drunk via beer pong, I can tell you the days of tossing that disgusting plastic ball into liquid you're about to drink are over thanks to the Slip Cup.

The Slip Cup is essentially just a smaller cup that fits above a bigger beer pong cup.

All you do is fill your regular cup with beer, place the Slip Cup on top and continue to pong like you've been previously pongin'.

This isn't reinventing the “beer pong wheel,” it's just making it easier to roll.

There is currently a Kickstarter campaign to bring the Slip Cup to market, and it's raised over $60,000 so far.

The inventors, five brothers from Connecticut, said the idea seems pretty simple, but it actually took eight months and 50 prototypes to get a final version of the Slip Cup.

According to the Kickstarter promotional video, they created the Slip Cup to "take the mess out of beer pong while putting the fun back into it."