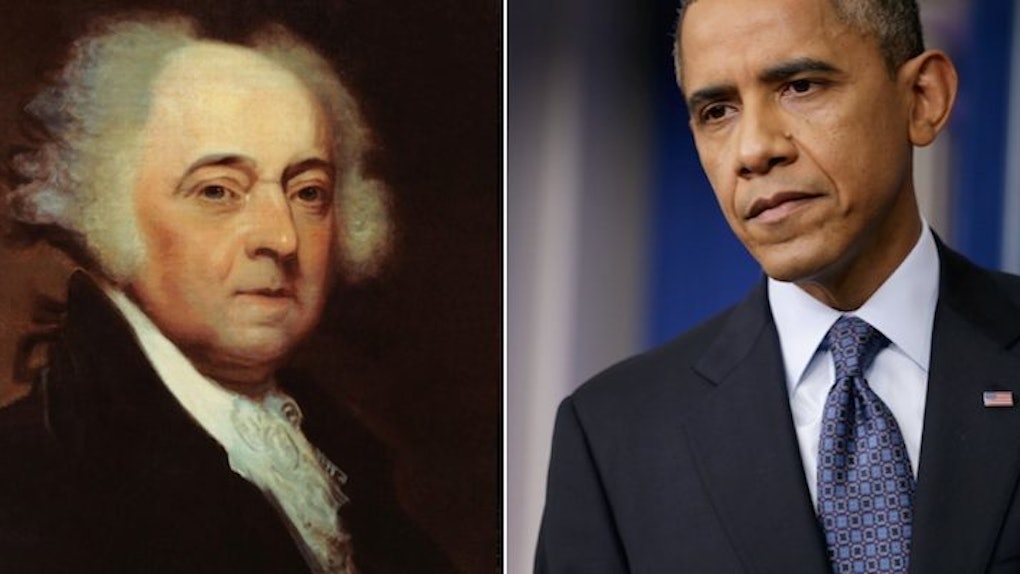 Here's a factoid to give you pause: The United States, officially independent beginning in 1776, has only been in existence for the length of four presidents' lives.

The Washington Post, cleverly picking up on a Reddit thread about famous people who seem unlikely to have lived at the same time, reports it only takes some simple math to see how young the United States really is.

A commenter pointed out although about 239 years of history appears lengthy at first, it's easily divided into four roughly 60-year-long segments.

President John Adams, the second person to hold the office, was born in 1735 and passed in 1826.

His lifespan overlaps with Andrew Johnson, the country's 17th president, who was born in 1808 and died in 1875.

In the year 1874, 31st president Herbert Hoover was born. He died in 1964, overlapping lives with President Barack Obama's birth in 1961.

The Washington Post took the four-lifespan theory a step further, creating a compelling infographic illustrating exactly which presidents were alive to see one another's reigns.

It's full of surprising overlaps, like the fact Ronald Reagan, born in 1911, was alive for the end of Theodore Roosevelt's life in 1919. Roosevelt also overlapped with John F. Kennedy, born in 1917.

Rethink US history and check out The Washington Post's visualization of presidential overlap.