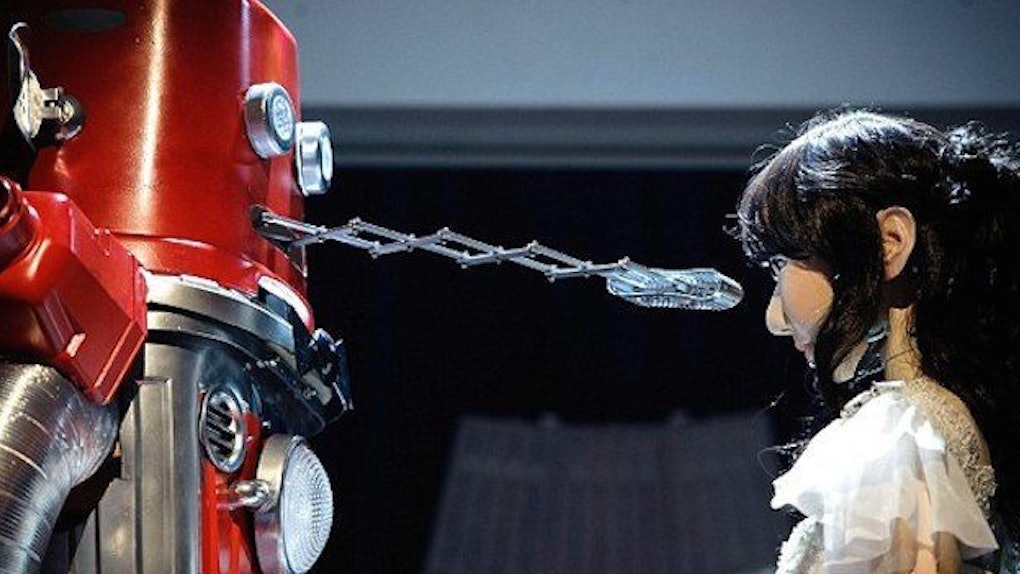 Japan Hosted The First Robot Wedding, And It Was As Weird As It Sounds (Video)

The video is great, but it’s even better considering we are four days removed from the US Supreme Court's ruling on marriage equality.

Now, robots are marrying each other, meaning we must only be a few years away from robots marrying humans.

How soon before someone becomes a Joaquin Phoenix and falls prey to the voice and concept of a Scarlett Johansson?

It makes me giddy to think about the possibility of hearing pundits on Fox News getting angry and yelling,

The Bible says Adam and Eve, not Adam and a Toshiba laptop!