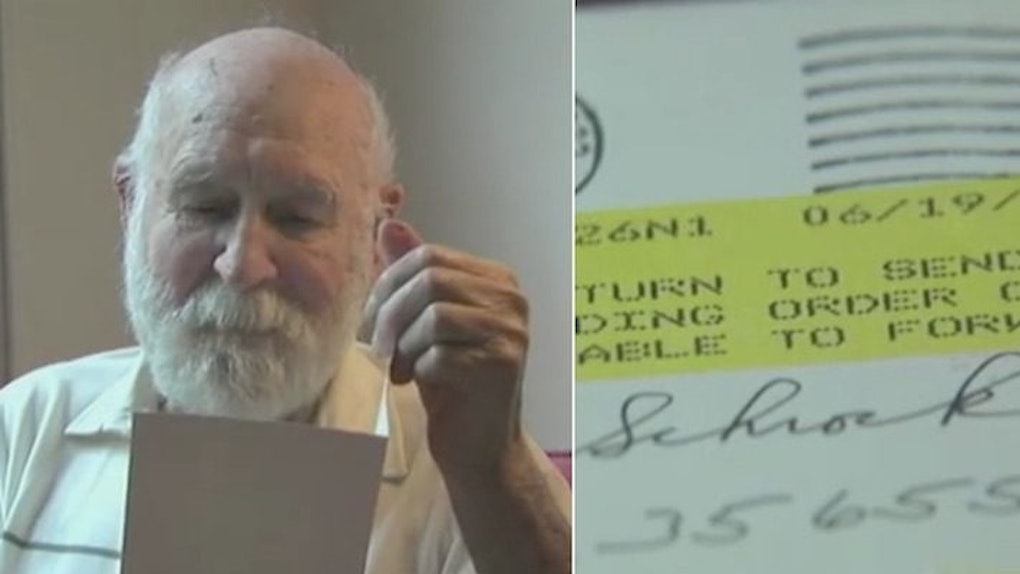 Duane Schrock, a Virginia man, was overcome with emotion when he received a Father's Day card from his son who's been dead for 20 years.

But, the father moved across the US numerous times, so the card was unable to reach him after being repeatedly forwarded and returned to its sender.

This year, however, the card arrived at Schrock's Lynchburg home a few days before Father's Day.

Somebody picked up the ball and carried it. After all these years, they must have forwarded it.

His son died of AIDS at just 45 years old.

Prior to his death, his father could not accept his homosexuality, and that placed significant tension on their relationship.

But, Schrock believes the card is a divine message that his son attained peace in Heaven.

Dear Dad, we haven't been in touch for quite a while, I'm doing fine and am very happy in Richmond, I'd like to hear from you. Have a Happy Father's Day, Love Duane.

Schrock also said the card "restored faith in the mail service," and he would like to thank the postal industry for continuing to keep the card moving.