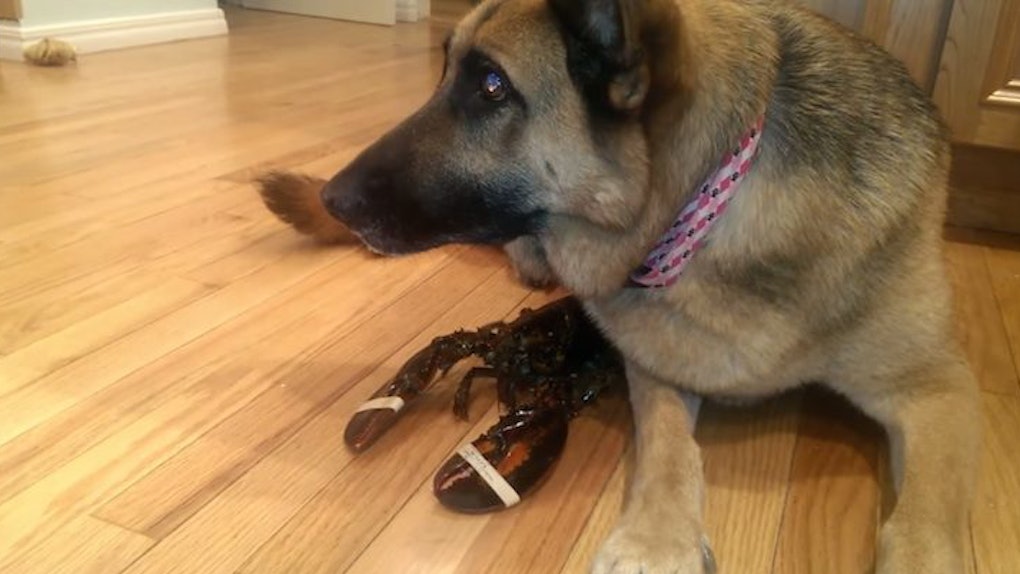 If you’re someone who subscribes to the PETA mailing list, a lobster waiting for the water to boil is like a lobster walking the Green Mile.

It's an innocent prisoner sentenced to death, sweet buttery death.

A German Shepherd named Sami, who clearly subscribes to this extremist animal rights point of view, saw an injustice to lobsters being dealt out and knew she had to do everything in her power to protect the innocent shellfish.

Sadly, Sami’s efforts didn’t exactly work out, and the lobster was eventually thrown in the pot.