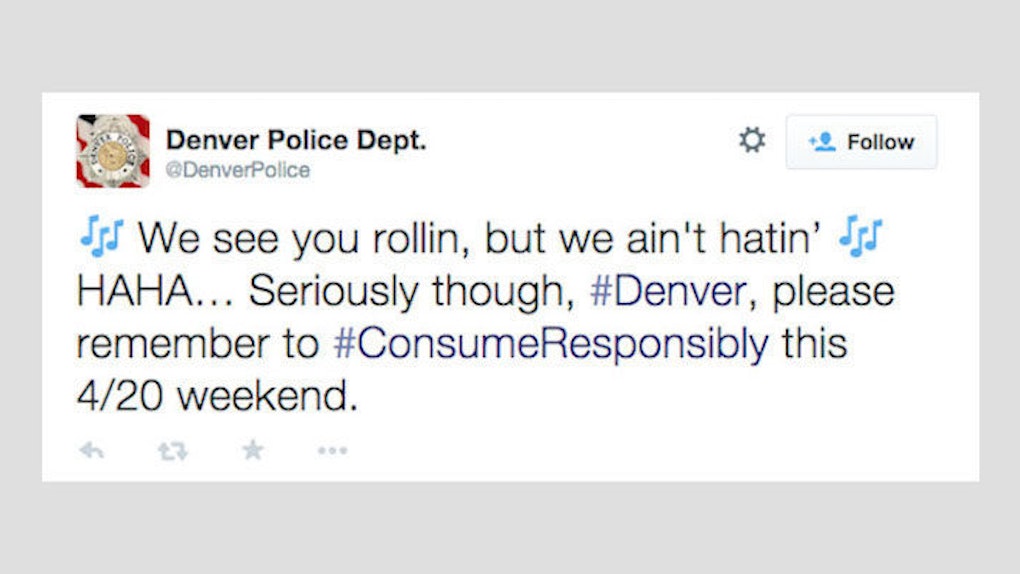 Denver hosted its annual two-day rally this weekend to celebrate the toke-a-thon that is 4/20.

One would imagine the event to be very troublesome for police, but as this social media post proves, the city's officers have learned to accept the inevitable and decided to take a lighthearted approach.

We see you rollin, but we ain't hatin' HAHA… Seriously though, #Denver, please remember to #ConsumeResponsibly this 4/20 weekend. — Denver Police Dept. (@DenverPolice) April 19, 2015

Purchasing marijuana for recreational purposes is legal in Colorado, but public consumption is not.

But police only cracked down on those who shamelessly pretended the law didn't exist and therefore issued just 160 citations over two days.

The Huffington Post tweeted the Denver Police Department about the Chamillionaire song it referenced and received this response: "#PoliceLikeToJamToo."

Other tweets from the department over the weekend noted that officers "prefer not to be buzzkills" and advised users to "make safety a priority."

No one was hurt or involved in any serious crimes at the rally, police said after the event came to a close.