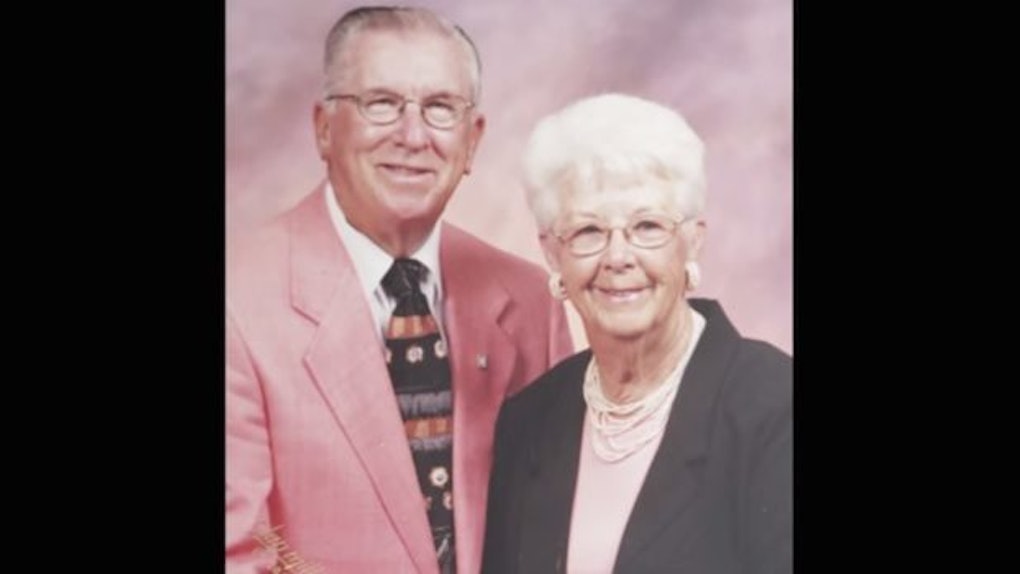 A married couple died minutes apart from each other in separate nursing homes earlier this month.

The New York Daily News reports that William Wilson, 93, and his wife Lillian, 89, met in high school and ran away to get married in 1941.

They both developed Alzheimer's and lived in nursing homes in Lexington, KY, about 16 miles away from each other.

Their son, Doug, brought them together many times, with their final reunion taking place last Christmas.

It was on April 9 when Doug received a phone call in the middle of the night saying that his father had passed.

Doug had only begun to let his father's death wash over him when he was told that he had just lost his mother as well.

He explained the unbelievable coincidence to the nurse on the phone and immediately thought of "The Notebook" because it also features two lifetime lovers (one has Alzheimer's) who die sleeping next to each other.