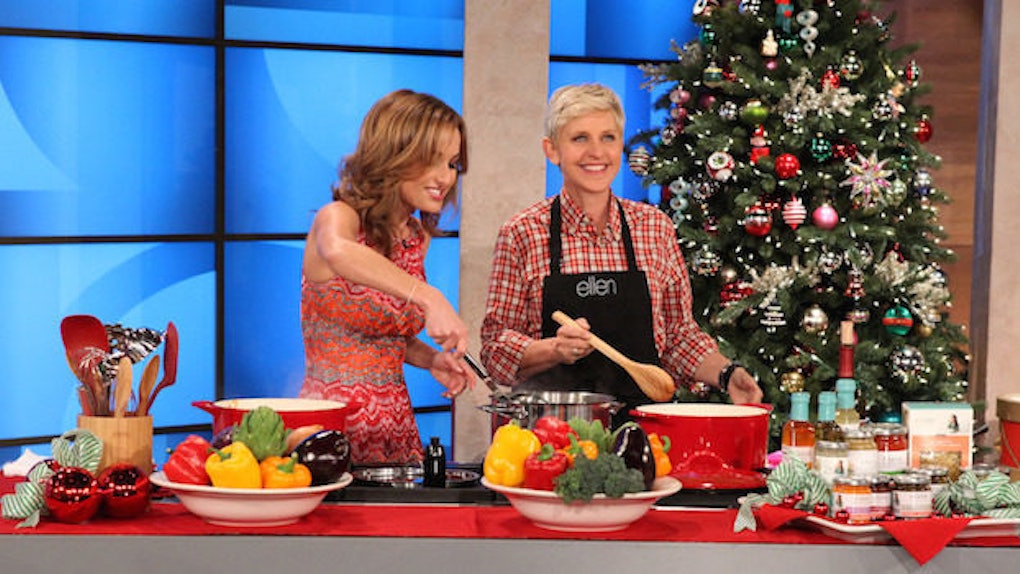 It Turns Out Watching Cooking Shows Could Actually Make You Fatter

Your TV may have it out for your diet.

A study published in the journal Appetite found that viewers who don't try to cook the meals they see on cooking shows or those who don't watch at all are less at risk of gaining those extra pounds. Those who watch the shows for recipe instructions or inspiration, however, tend to pack on a few more pounds, the Huffington Post reports.

Researchers, led by University of Vermont Assistant Professor Lizzy Pope, surveyed 501 women ages 20 to 35 about the sources they used to get information on new foods and how often they cooked them from scratch.

Participants were also asked their height and weight.

The heavier participants also had higher BMIs, which measures the amount of fat on a person's body.

Pope explained food on cooking shows often looks extremely appetizing, but tends to use more sugar and fat. The final dishes, therefore, end up less healthy and make it easier for people to gain weight.

If you are going to put the effort into making food, you want it to look good and taste good.

But people can watch as many cooking shows as they please, she concluded, as long as they understand most recipes aren't meant to be replicated.

Pope believes this stems from the false belief that unhealthy food can't be that bad because so many social media users seem to be regularly enjoying it.