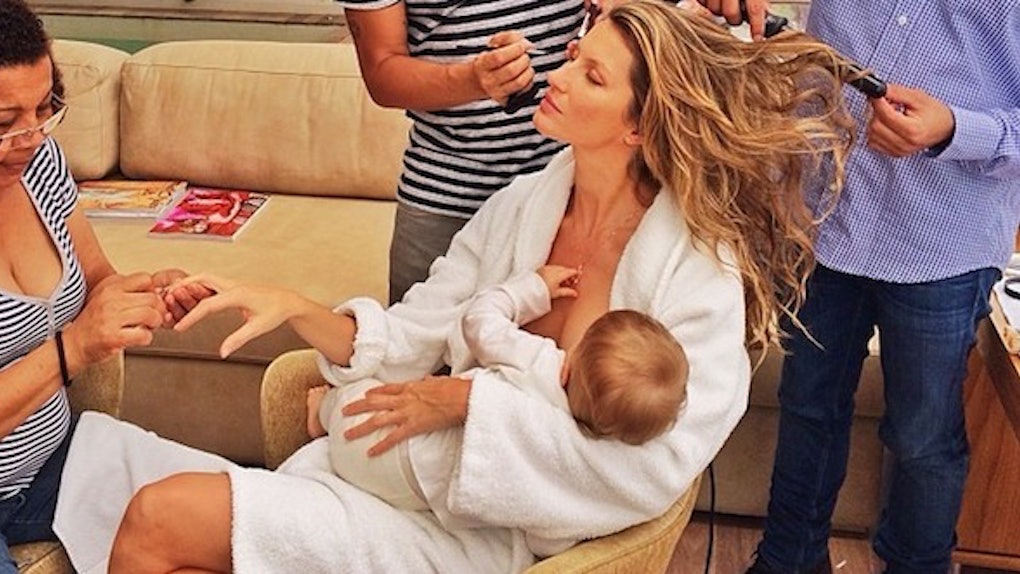 Breastfed Babies Grow Up To Be Smarter And More Successful Adults

There have been quite a few studies linking healthier children to breastfeeding.

One group of researchers however, did a recent study showing infants who are breastfed tend to have higher IQs and become more successful adults.

Catalog under: reasons I blame my mom for not being a 22-year-old millionaire.

The study, published in The Lancet Global Health, followed 3,500 babies for 30 years, documenting everything from their years spent in school to their level of employment, yearly income and intelligence.

As it turns out, babies who are breastfed tend to have higher IQs and make nearly $300,000 more than infants who are given formula.

Even shorter periods of breastfeeding were proven to be beneficial. Children who were breastfed between three and six months scored on average two points higher on IQ tests than children who bottle-fed after one month.

Not quite. Some parenting groups are saying research like this puts the pressure on women to breastfeed when society does not even have measures in place to support breastfeeding women.

As Rachel Burrows, the editor for one of the largest parenting blogs on the web, puts it,

Although the decision to breastfeed clearly has multiple components to consider, this research provides new insight into the benefits of breastfeeding that can carry over all the way into adulthood.