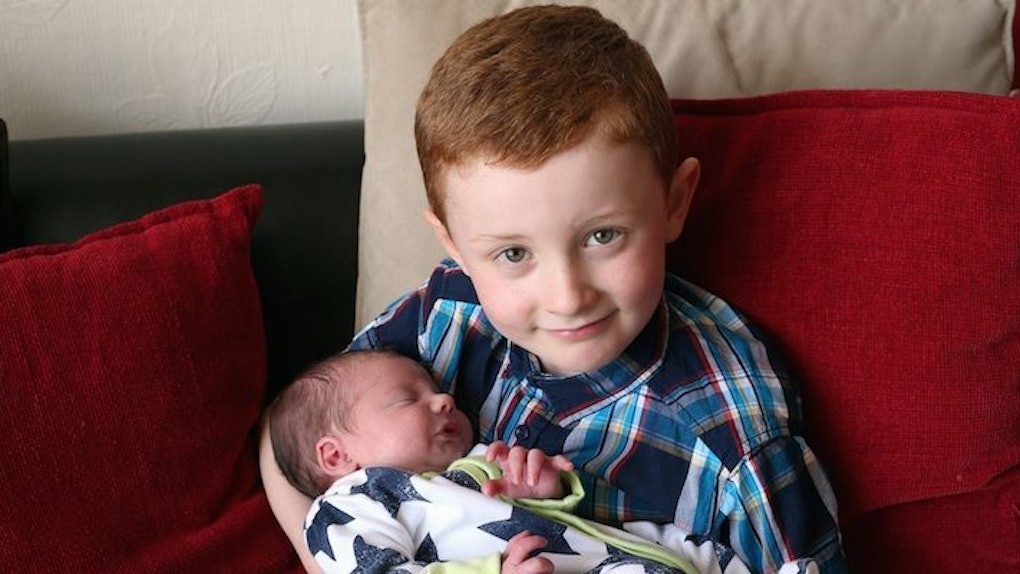 As if having a new sibling wasn't enough to deal with, 6-year-old Ruben Blundell helped deliver his.

Wales' Daily Post reports Ruben's mother, 30-year-old Michelle Madden, gave birth to baby Theo at their Rhos on Sea home after going into labor four days after her due date.

She'd originally planned to deliver the baby at a hospital.

When Michelle went into labor at her home, there was no time to make it to the hospital.

Instead of playing quietly at his grandmother's house during the birth, Ruben found himself directly in the middle of it.

He never panicked, and he followed instructions from his mother and father, Daily Post reports.

Ruben was brilliant. He ran to get the phone, brought towels -- whatever we needed… Ruben was so mature it was unbelievable. He just kept calm and told me to breathe.

Thankfully, emergency services arrived before the baby's birth and were able to deliver Theo.

The healthy boy and his brother already bonded, according to their mother.

She told Daily Post, "[Ruben] loves Theo so much and is not jealous at all."

"He just wants to help me look after him and feed him."

"I hope that the bond Ruben has through being at Theo's birth will stay with them all their lives."

This big brother already has a head start on protecting his younger sibling.