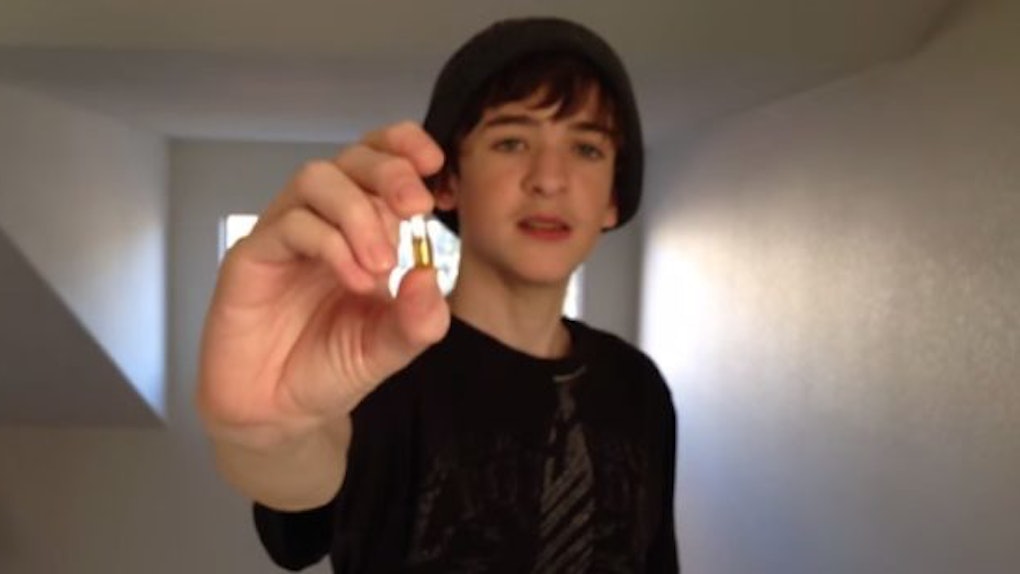 For the past four years, Coltyn Turner has suffered from Crohn's disease, a debilitating digestive disorder that causes a lack of energy, loss of appetite and immense pain.

According to a blog post written on CNN's iReport last year, the disease confined the now-15-year-old to a wheelchair and plagued him with lupus, rheumatoid arthritis and even tuberculosis.

The teen's family eventually realized traditional medications were of little if any use and in 2014, decided to try an alternative, up-and-coming treatment: cannabis oil.

This required moving from their Midwest home to Colorado Springs, where it is legal for certain pediatric patients to be prescribed the marijuana derivative.

I'd rather be illegally alive than legally dead.

He began taking the capsules four times a day in March of 2014 and just four months later, was able to leave his wheelchair and hike five miles up a mountain.

A colonoscopy in October found his colon was free of inflammation and had returned to a healthy state.

The boy was gaining weight, eating normal meals and as the blog post says, became free of pain.

Turner is not only an inspiring survivor, but also a scientific pioneer as the first registered medical marijuana pediatric patient for Crohn's disease.

His miraculous recovery was discussed at National Jewish Health's Marijuana and Health Symposium in Colorado on Saturday.

The event presented research to healthcare providers about marijuana's ability to alleviate a variety of conditions such as post-traumatic stress disorder and inflammatory bowel disease.

She said of the treatment,

We want people to understand that this is a good option.

The following Emmy award-winning short film by Elite Daily chronicles his mother's fight to legalize medical marijuana in New York and end the suffering of so many other brave children.