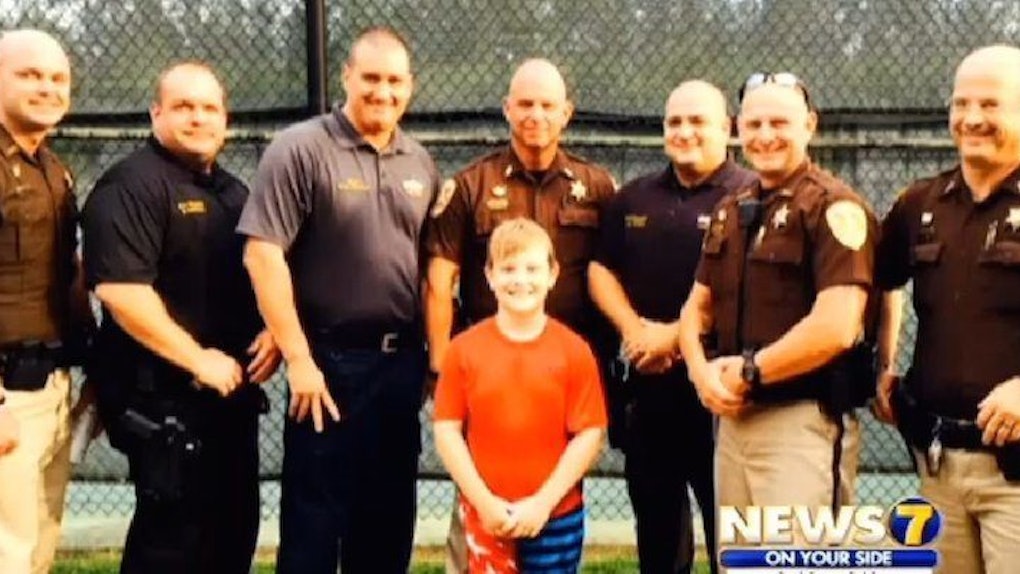 A Mississippi boy used his birthday as an opportunity to help out two kids without a father.

Carson Atkins of Hattiesburg didn't want any presents at his ninth birthday party earlier this month, according to The Huffington Post.

Instead, the boy asked guests to bring donations for the children of Officer Benjamin Deen, a policeman killed in the line of duty along with a colleague on May 9.

Father's Day was coming up and police officers give to us every single day, so I thought that one day I could give to them.

She added her son has always been a charitable but Carson's father, Jonah Atkins, was still very surprised at the idea.

He told The Clarion-Ledger,

It's hard for adults to think that way, much less kids. The world today is filled with me, me, me. [This] is something that is in him. He is very special.

But the most heartfelt gift was provided by the fallen officer's brother, Josh Deen.

He gave Carson his brother's baseball card collection they started when they were kids.

Josh Deen told The Clarion-Ledger the boy restored his faith in the existence of true generosity and compassion.

It really gives you hope as far the quality of people in the world... You don't see that a lot these days, but they are out there. Most people are out for what they can get for themselves, and you've got 9-year old Carson doing for others.

Carson, he said, possesses the same selflessness that made his brother a hero.