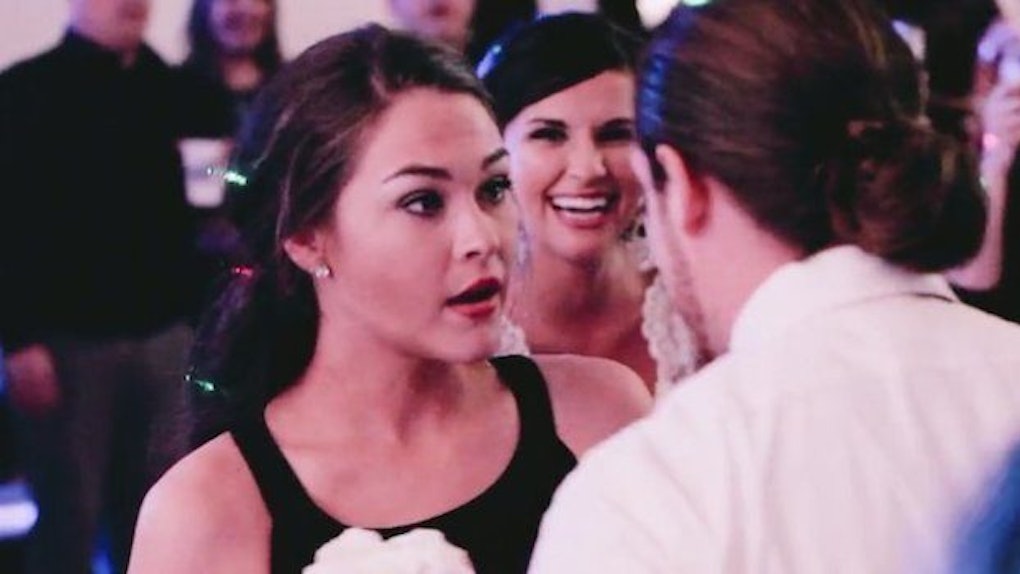 Chelsea Pulse is the coolest bride of all time.

Normally, getting engaged at a wedding is a major no-no.

If I was the bride, I'd be furious if someone even considered doing something to take the spotlight off of me for a second at a party literally just meant for me.

Luckily, Chelsea and I aren't the same person.

The Missouri bride not only gave full permission to her friend, Brett Davidson, to propose during the bouquet toss to her cousin, Megan Creal, but she actually suggested it prior to the wedding.

When we told [Brett and Megan] the date we had set for the wedding, they mentioned that it was the same day as their anniversary, I couldn't resist having something special for them on our day. After a couple months of pondering, the idea came to me that he should propose at our wedding! I messaged him about it and he, of course, did not want to steal our thunder. But my husband and I both assured him that would not be the case and that we would be honored to have him do it on our day.

A video of the engagement was uploaded to Vimeo and gained some Internet traction among people needing a happy cry (aka everyone).

Don't get too excited and start proposing at weddings now. Brett lucked out with Chelsea.

Nobody throws a second Bat Mitzvah at a first Bat Mitzvah, and the same rules apply to getting engaged at a wedding without consulting the bride.

Citations: This Remarkably Cool Bride Helped A Friend Propose At Her Own Wedding (Huffington Post)