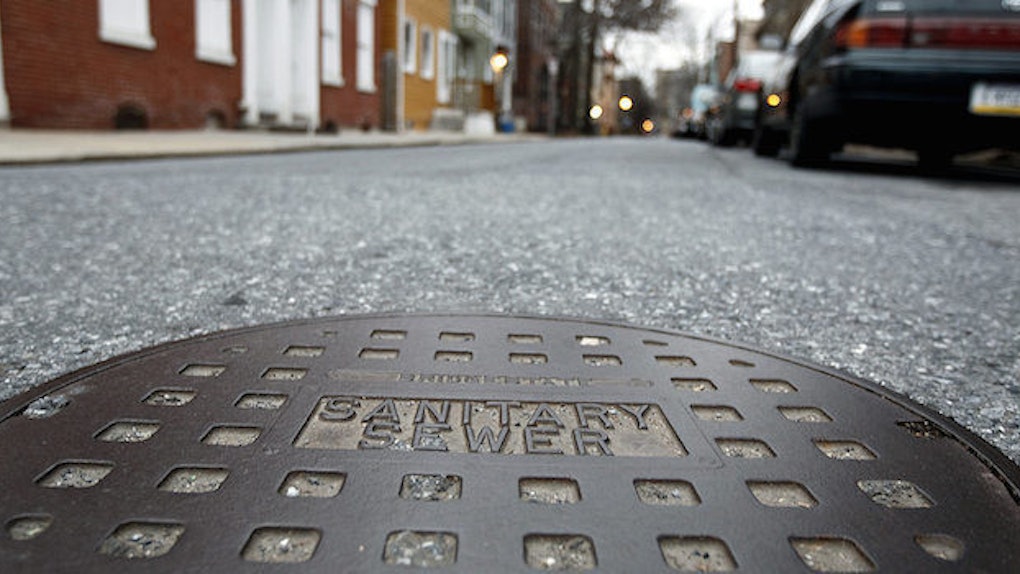 A British grandmother fell down a manhole immediately after facing her fear of open spaces and leaving her home for only the third time in 10 years.

According to Daily Mail, 57-year-old Janet Faal suffers from agoraphobia, an anxiety disorder that includes fear of open spaces or simply any environment that would be difficult to escape from.

She had only left her West Sussex home twice in the past 10 years and recently attempted to conquer her phobia by going out with a friend on April 10.

The outing included a stop at Complete Tyre Services to get a new tire for the friend's car.

I was with a friend helping her reverse out of a car park, and there was this wooden pallet in the way. I moved the pallet out of the way with my foot and I was going to turn around to my friend say 'is that far enough?'

But under the pallet was a manhole that brought the grandmother of four to a terrible fall.

She plunged down face-first, smashing her eyes and nose.

One of her legs also sank down the hole, leaving her in an agonizing stretching position.

Faal says she was covered in blood and completely immobilized.

If that wasn't horrifying enough, she had to wait almost an hour before an ambulance arrived to take her to the hospital.

The ambulance service blamed the long response time on emergencies of a higher priority occurring at the time.

She says it will take her years to gain back the courage to face her phobia and is afraid she'll never venture outside again.

It's hard for me to go anywhere, but I was getting better. Now I'm not so sure.

Complete Tyre Services told Daily Mail that it has repeatedly tried to get the manhole filled, but the owner of the building claims not to have been made aware of the problem.

Citations: Agoraphobic grandmother conquers her fears of open spaces to leave home for third time in 10 years only to break leg and nose falling down manhole (Daily Mail)