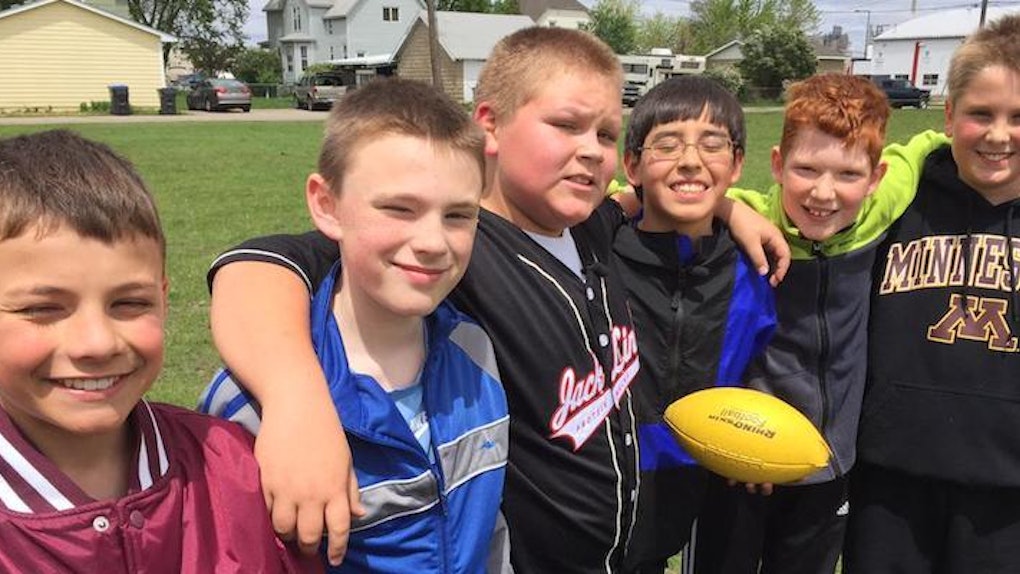 Elementary school can be tough for anyone who's "different," a fact fifth grader James Willmert learned by experience.

Luckily, he has a gang of protectors who've become his best friends.

KARE 11 reports the Mankato, Minnesota boy, who has a learning disability, was adopted from Colombia and lost his new father several years ago. Since then, he's struggled to make friends or enjoy school.

This year, however, peers from a different classroom made a pact to take James under their collective wing after witnessing bullies picking on him.

The group, which includes Jake Burgess, Landon Kopischke, Gus Gartzke, Jack Pemble and Tyler Jones, even banded together to buy James a video game system after learning he didn't have one.

It took a little help from their parents, but in the end, James' reaction was worthwhile.

Although their respect for James shows an intelligence greater than their years, the group of boys still spend plenty of time messing around. At school, the group travels in a small pack.

They make sure James doesn't become a target.

All five boys were recently awarded the Spirit of Youth Award from Mankato Area Public Schools.