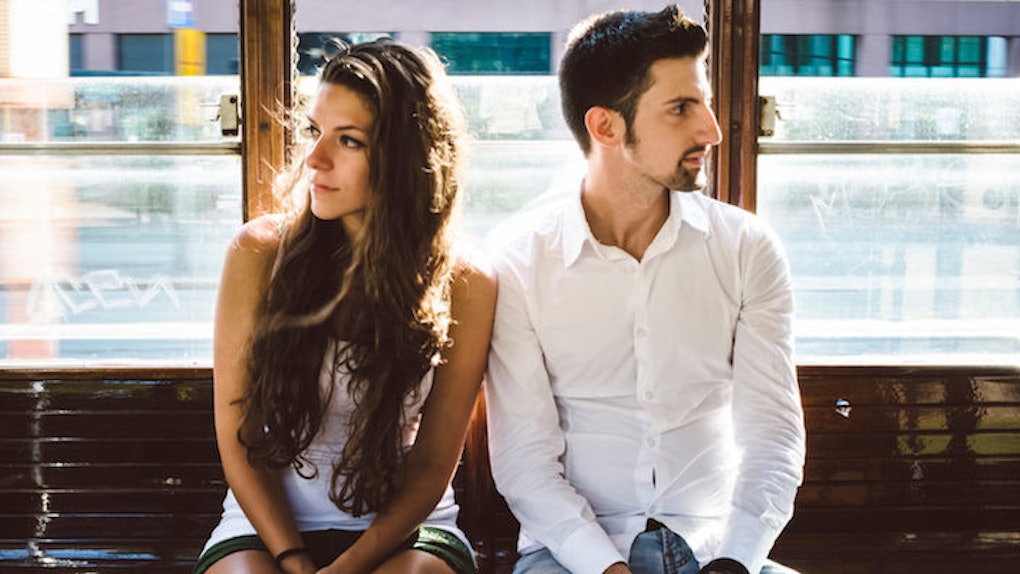 Women are often thought to be more emotional and more fragile than men.

We all know that's an antiquated perception; ladies can be every bit as strong as their testosterone-charged counterparts -- if not stronger. Yet, the stereotype persists.

Perhaps this will nip it in the bud once and for all: According to a new study out of Binghamton University and University College London, women are better equipped to handle difficult breakups than men are.

Researchers surveyed more than 5,700 men and women in 96 countries to gauge the differences in how males and females deal with breakups. Their findings indicated, although women were more likely to report heightened physical and emotional pains directly after splits, women tended to recover more fully than men once enough time passed.

Males appeared less affected by splits in the immediate aftermaths, but they tended to hold on to their exes longer, thus hindering their abilities to completely move on.

According to The Washington Post, the reason may have something to do with how our culture perceives emotional men. For many males, showing emotions is akin to showing weaknesses or being feminine. Instead of letting themselves mourn the ends of relationships, men might bottle their feelings up, and because they never appropriately deal with their pains, they may have harder times moving on.

The researchers suggested an evolutionary and biological explanation for the findings: Women simply have more to lose when it comes to relationships.

Put simply, women are evolved to invest far more in a relationship than a man. A brief romantic encounter could lead to nine months of pregnancy…while the man may have 'left the scene' literally minutes after the encounter, with no further biological investment. It is this 'risk'... [that] has made women choosier about selecting a high-quality mate. Hence, the loss of a relationship with a high-quality mate 'hurts' more for a woman. The man will likely feel the loss deeply and for a very long period of time as it 'sinks in' that he must 'start competing' all over again to replace what he has lost.

Of course, this is only one study and in no way indicative of all males or all females; it's simply a trend the researchers observed among those they surveyed. That said, the findings make a good case for reexamining our societal expectations of men and women.

You can find the full study in Evolutionary Behavioral Sciences, or read an excerpt at Binghamton University's website.