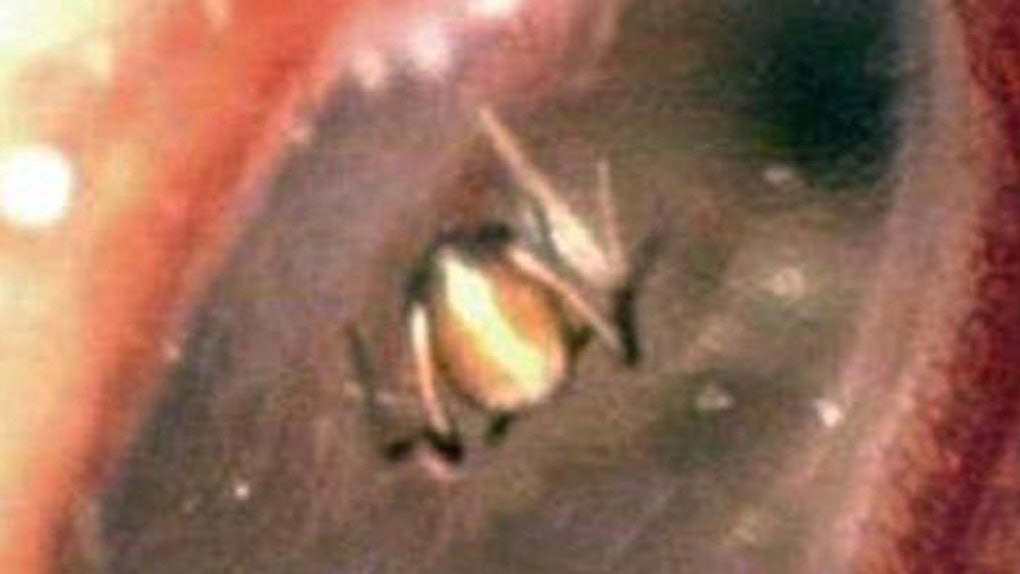 A Chinese woman who thought she was under a curse actually had a spider embedded in her ear.

According to Huffington Post, 25-year-old Li Meng went for a hike with her boyfriend and began hearing scratching noises in her ear on the night she returned home. She also experienced periodical bouts of sharp pain in the affected area.

Li did not immediately go to a doctor, however, because she was under the impression the pain was the result of a demonic spirit.

I even went to a temple to pray, but it didn't help.

The torturous sensations persisted even after Li sought painkillers and anti-inflammatory treatment.

Approximately a week after the hike, she decided to visit an ear, nose and throat doctor at the Xiamen Traditional Chinese Medicine Hospital.

The creature had been sitting on Li's ear drum and creating a web in her ear canal, FOX News reports.

Chen tried to remove the spider, but it became hostile and could have bit Li during an excavation attempt, resulting in excruciating pain for her.

The violent reactions stopped when anesthesia was applied to the spider, allowing the doctor to tweeze the creature out.

If only a spider was the most disgusting thing to ever find its way into someone's ear during an outdoor adventure.