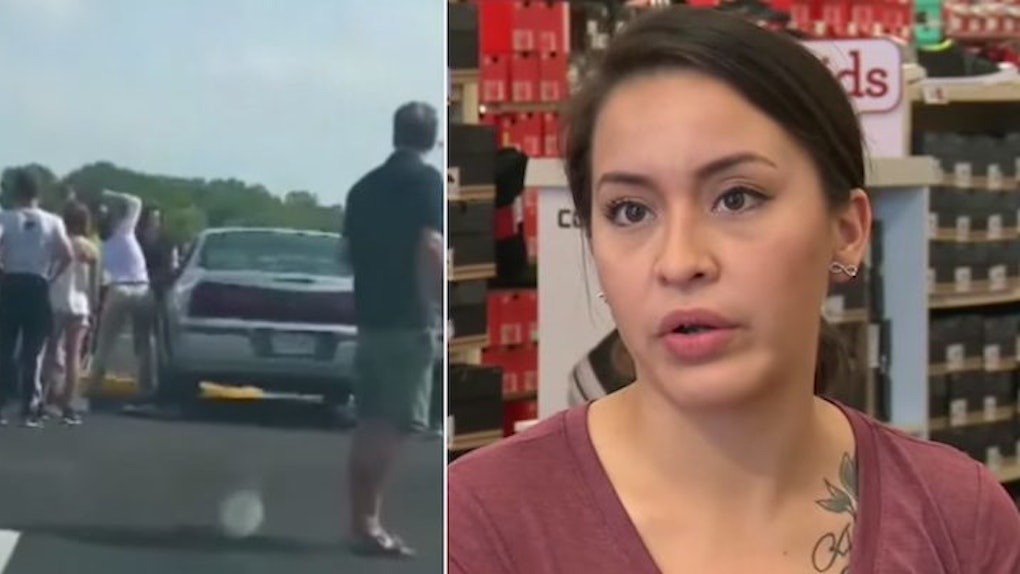 Sarah Oropeza bravely rescued a 2-year-old girl who was overheating in the back seat of a locked car in a Kansas shopping center parking lot.

She was just covered in sweat, like her ponytail was dripping sweat off of it.

In order to get the child out of the car, Oropeza repeatedly hit the car window with a tire iron, and although it only took her three minutes to break the window, she knew time was of the essence.

I was thinking when I was hitting the window, 'What if she dies? What if I can't get her out? What's going to happen? What are we going to do?' And I just did what I thought was right — just hit the window until it broke.

This footage was collected by Kristy Scales, who noticed something serious was occurring when she heard people screaming and saw them gathering around a car.

Although the caregivers of the toddler have already been ticketed, they may also face criminal charges.

This year, 10 children have reportedly already died from overheating in hot cars.

While some parents may think that they could never forget their children in the back seat, child safety groups recommend creating reminders to bring the child out of the car with you, because any parent is susceptible to this kind of mistake.

You can watch footage of the rescue below.

Citations: This Woman Took Matters Into Her Own Hands When She Saw a Child in a Hot Ca (Pop Sugar)