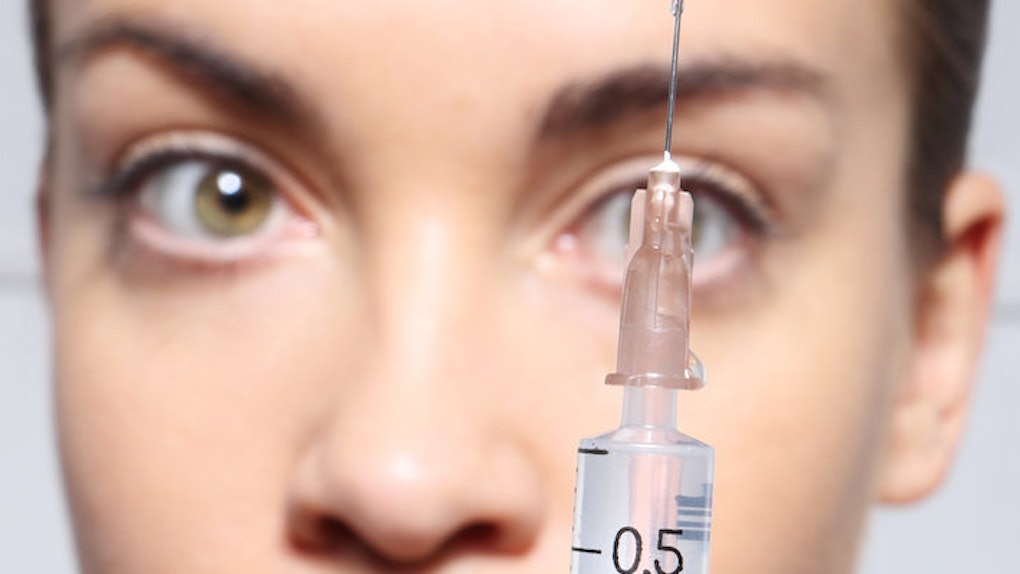 A New Jersey woman reportedly pleaded guilty to killing a man by injecting silicone in his penis.

According to NJ.com, authorities say 38-year-old Kasia Rivera administered silicone to the genitalia of Justin Street, 22, at her home in May 2011.

Street suffered organ failure and died the next day as a result of a silicone embolism.

Rivera, who is originally from Jamaica, admitted in court on Tuesday she has no medical training and was not licensed to conduct the penis enlargement procedure.

She pleaded guilty to reckless manslaughter as part of a plea deal dismissing her previous charges of injecting silicone into a woman's breasts and buttocks up to four times along with possession of a stun gun, New York Daily News reports.

As part of the deal, prosecutors will recommend she serve five years in state prison.

Rivera risks deportation to her native country when she is sentenced on October 19.

Two jurors said a man associated with Rivera offered them each $5,000 should they push for a verdict in her favor.

A superior court judge was reportedly made aware of the alleged bribery attempt while conducting interviews with 20 potential jurors. He denied eligibility to all of the 20 candidates, revoked Rivera's bail and then placed her in the Essex County Correctional Facility.

Rivera said the man was indeed her friend but acted without her instruction.