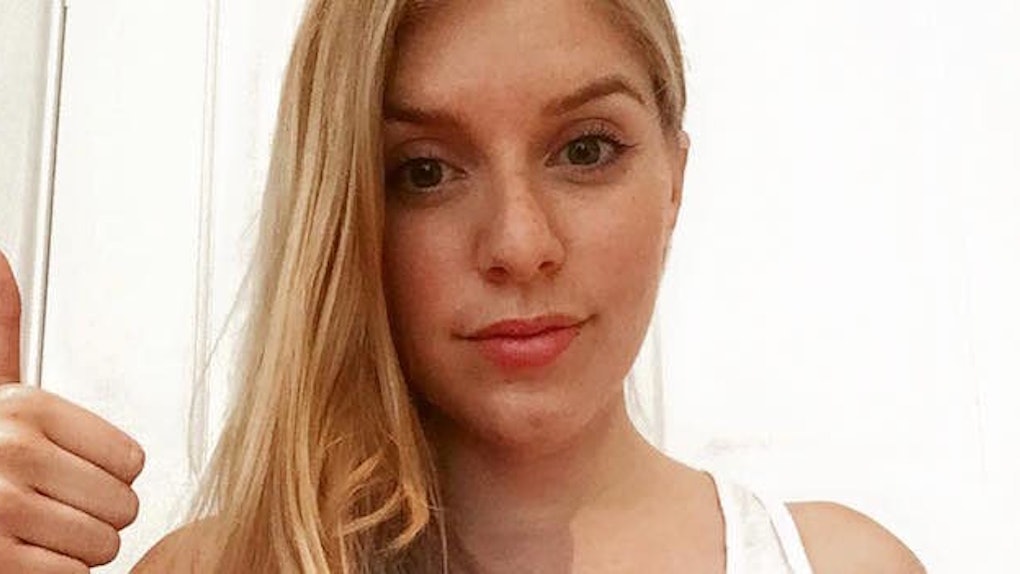 Reveal yourself, bus hero, for a cold beer awaits you.

Kaitlyn Regehr was groped by a creep on the bus during her commute in London, England on Tuesday and is now searching for the stranger who stuck up for her, Cosmopolitan reports.

The 30-year-old posted a photo to Facebook of herself holding a “thank you” sign, and detailed the bus debacle in the caption dedicated to the man who spoke out on her behalf.

To the man on the 207 buss towards Acton last night (the tall, dark, and dapper one with the beard), Thank you for... Posted by Kaitlyn Regehr on Wednesday, October 7, 2015

Thank you for saying something when that man grabbed me. Thank you for insisting that it was not acceptable. Most of all, thank you for asking him about the women in his life, his mother, his sister... You said, 'She could be your sister. She is someone's sister,' and in doing so you made me a person.

Regehr praised the man, whose words she claimed “[humanized] assault,” and requested others follow this man's lead.

The post gained over 34,000 shares thus far, hopefully bringing Regehr one step closer to treating her mystery advocate to a pint.

Citations: This Woman Is Looking for the Man Who Stood Up for Her After She Was Sexually Assaulted on a Bus (Cosmopolitan)