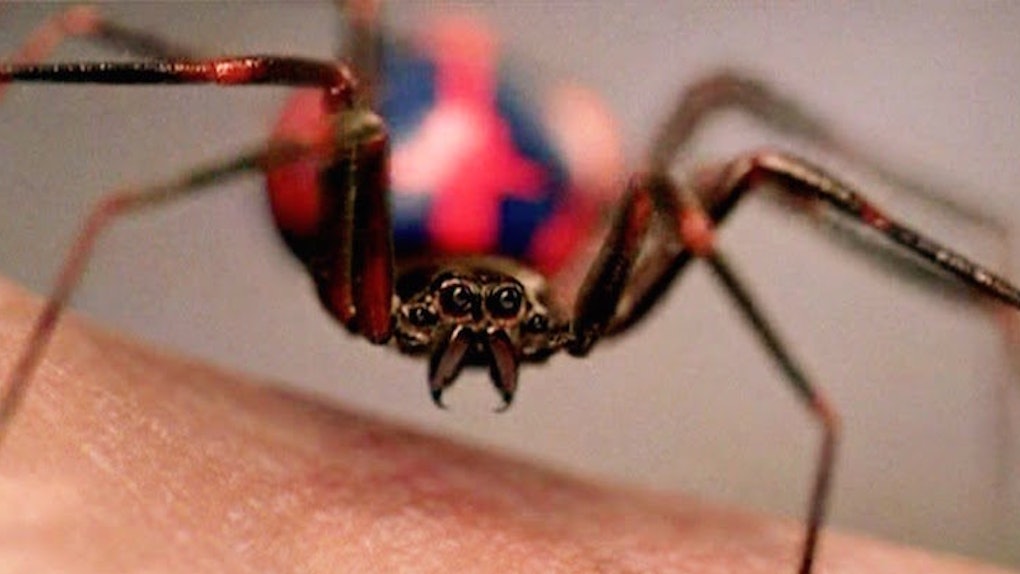 Woman Freaks Out Over A Spider And Leaps Out Of Her Car, Causing Crash

A 35-year-old woman from Indiana with a completely justifiable fear of spiders is in some hot water after she jumped out of a vehicle she was driving when a sneaky eight-legged monster crawled on her shoulder.

Authorities say when Angela Kipp realized she was inches from becoming another arachnid-related statistic, she leapt from her car while it was going in reverse. Her 9-year-old son, who was in the car with her, got into the driver's seat and accidentally hit the gas instead of the brakes, shooting Kipp's Dodge Avenger into a Wawasee Community School Corporation bus.

The boy was taken to Goshen Hospital where he was treated with minor head injuries.

Luckily, no children were on the bus, and both drivers walked away unharmed from the incident.

Real talk: If we had the opportunity and knew the spider was still alive, we all probably would have jumped out of that car and then thrown a Molotov cocktail or grenade at it.

Sure, the car then slammed into a school bus, injuring a 9-year-old boy in the process, but like, you try driving a car when THIS EXACT SCENARIO happens.