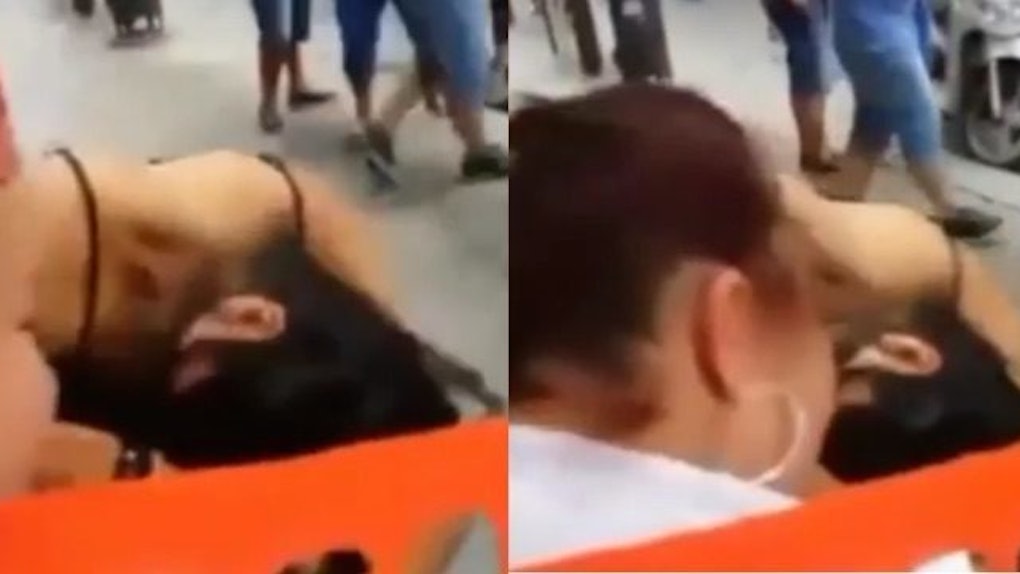 Pissed Off Woman Bites Off Finger Of Her Cheating Husband's Mistress

Hell hath no fury like a woman scorned — especially not this woman, who bit off her husband's mistress's finger in broad daylight on a crowded street.

According to witnesses, the unidentified Italian woman was out shopping in the Quartieri Spagnoli, a popular shopping area in Naples, when she bumped into the woman her husband had been sleeping with.

The wife confronted the mistress, who happens to be a relative, and sh*t hit the proverbial fan: Videos taken at the scene show four women entangled in a vicious fight, scratching at each other and pulling each other's hair.

Police managed to break up the brawl, but not before the wife violently bit off the woman's finger in a fit of rage. Though the woman was immediately rushed to the hospital, it remains unclear if surgeons were able to reattach the severed digit.

I, for one, will never be able to make sense of why some women blame the mistress and not their unfaithful husbands when cheated on; but then, nothing about this incident reads “sensible,” anyways.

Here's wishing a speedy recovery to the newly-fingerless woman — and a whole lot of luck to that scumbag husband, who's going to have hell to pay when his wife makes bail.

Check out the NSFW footage, below.