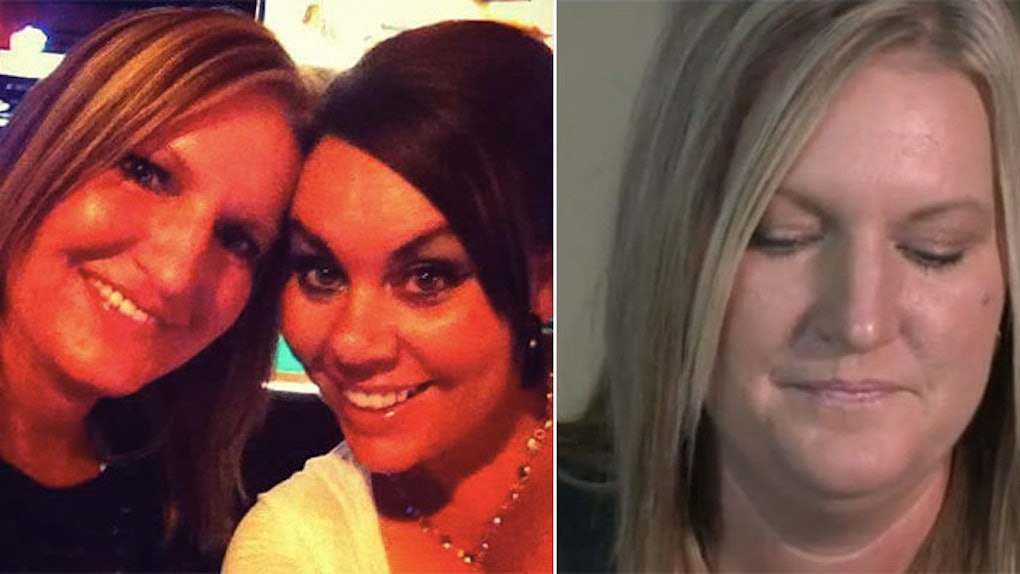 A dying woman named Sara relied on her best friend one last time, and the best friend came through with a huge gesture: taking care of Sara's three children.

Sara had told the friend, Missy Armstrong of Illinois, that she could accept inevitable death. What Sara couldn't accept, though, was a different fate. Missy told WQAD-TV,

Now, Sara won't have to deal with that possibility at all. Missy, who met Sara 17 years ago at a hair school, has made the decision to adopt the kids, WQAD's Jenna Morton reported.

Missy's reason for taking on the responsibility? "She would do it for me," Missy told the station, before revealing that her gesture brought Sara to tears:

She just balled and was like are you kidding me and she said "you swear" and I said "yeah."

Missy isn't alone in trying to help, either. Her friend Rhonda DeBruyn stepped in to make sure that Missy would have the support necessary to help provide for the kids.

My main focus was to make sure that the kids had a good Christmas because I wasn't sure that Sara was going to be here.

So Rhonda reached out to her friends via Facebook, sharing Missy and Sara's story and asking for everyone and anyone to help. The Facebook post on Rhonda's page appears to have since been deleted, but WQAD aired a screenshot of the call to action.

She will only be receiving $900/month in SSI for the 3 kids. She will be unable to receive food stamps or any assistance due to her income being too high. She works 7 days per week and will be raising 5 kids on her own. We have to help somehow.

She would soon receive donations — toys, clothes, etc. — and showed some of the gifts to WQAD.

Rhonda's Facebook not only yielded results, it also revealed more about Missy and Sara's story. According to the post, Sara is 36 years old and is in hospice care, going through the "final stages of ALS." The post also says that Sara had brain cancer in 2010, and revealed three children's names: Cayden, 11, Micah, 9 and Amara, 8.

Missy, who is 42-years-old, already has two kids of her own, which made the donations that much more important. Missy told WQAD,

I know there's good people out there, you know, but to see it happen for me is just kind of... overwhelming.

Now that she's adopting her best friend's kids, it looks pretty safe to say Missy is definitely one of those good people.