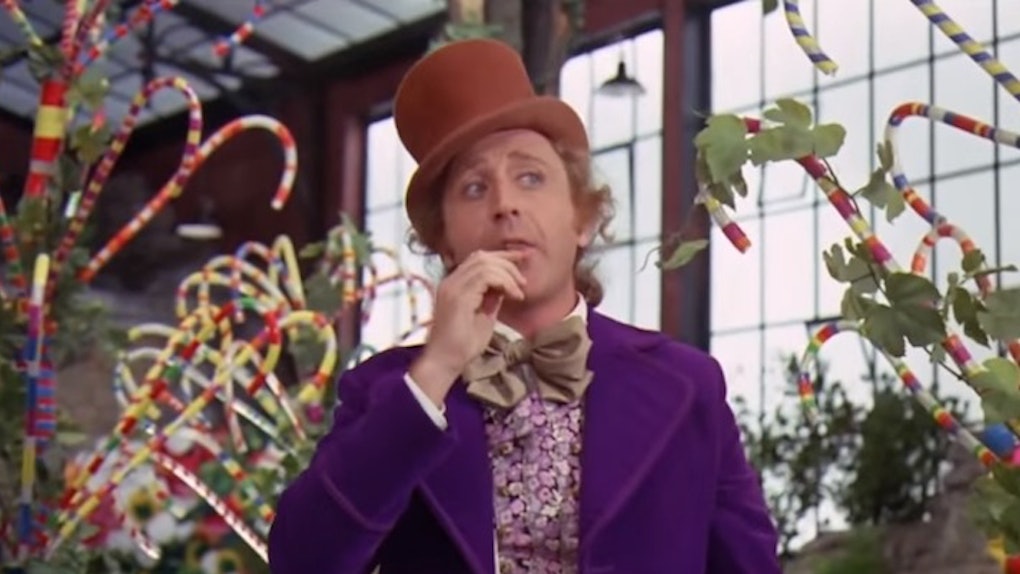 Gene Wilder, the actor who played Willy Wonka, has died at age 83.

He passed away following complications linked to Alzheimer's disease, said his nephew Jordan Walker-Pearlman, according to Variety.

The actor was best known for his performance in "Willy Wonka and The Chocolate Factory" in 1971, but he also appeared in "Young Frankenstein" and "Blazing Saddles."

If you need reminding of how amazing he was as Wonka, take two minutes out to watch him sing "Pure Imagination" and wait for all those childhood memories to come flooding back.

His nephew said in a statement,

We understand for all the emotional and physical challenges this situation presented we have been among the lucky ones — this illness-pirate, unlike in so many cases, never stole his ability to recognize those that were closest to him, nor took command of his central-gentle-life affirming core personality. The decision to wait until this time to disclose his condition wasn't vanity, but more so that the countless young children that would smile or call out to him "there's Willy Wonka," would not have to be then exposed to an adult referencing illness or trouble and causing delight to travel to worry, disappointment or confusion. He simply couldn't bear the idea of one less smile in the world.

Wilder's career started out on stage, but he debut in the TV series "Armstrong Circle Theatre" in 1962.

His first major role on the big screen came five years later when he starred in "Bonnie and Clyde" as a hostage.

In 1968, he took on a role in the "The Producers" for which he was nominated for an Academy Award for Best Supporting Actor.

He was remarried in 1991 to Karen Boyer.