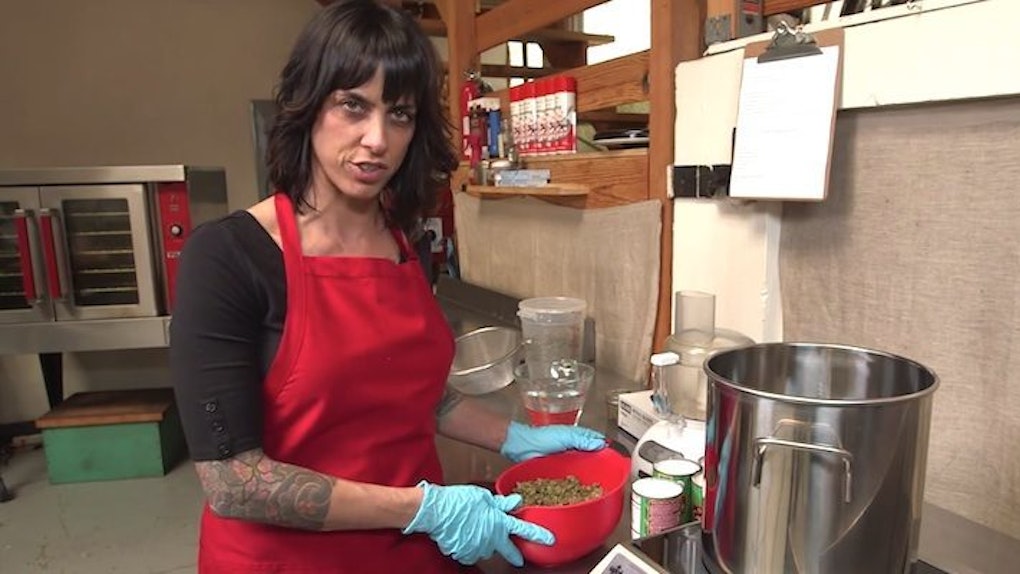 Forget Smoking, You Can Now Get High By Drinking A Weed Smoothie

A California marijuana chef created a recipe for a tasty smoothie that will also send you straight to the stars.

Julianna Carella is the founder of Auntie Dolores, a weed edibles company based in Oakland.

Her latest concoction is a variation of bhang lassi, a smoothie-like drink made from female cannabis plants and often consumed at festivals in India, according to Huffington Post.

Carella's take on the beverage revolves around marijuana infused with coconut milk and water.

She uses 2 ounces of bud to make a giant pot of the mix, but one drink reportedly only needs a gram or so of marijuana to deliver the necessary effects.

Other ingredients include walnut butter, cocao powder, honey and cinnamon.

Here's Carella demonstrating how the beverage is made: