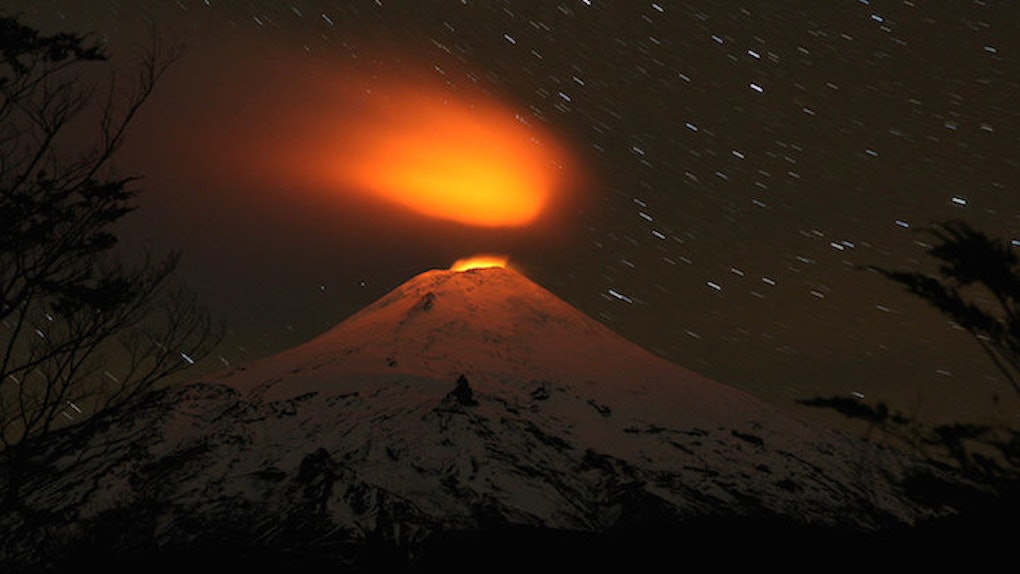 Nature is one scary mother.

Well, maybe scary isn't the right word; it sort of sells Earth short. How about I say this instead: Nature is so goddamn, terrifyingly awesome that sometimes I literally can't sleep at night thinking about the incredible wonder and power of Mother Earth's everyday phenomena.

OK, maybe that's a little over-the-top. I, in fact, can sleep at night, even while thinking about all the crazy things Earth does.

But, some of the larger things the Earth creates, such as tornadoes, volcanoes, earthquakes, tsunamis, hurricanes and other large-scale natural weather occurrences, can just be mind-boggling.

Sometimes, we all forget just how powerful nature is until nature reminds us.

Sometimes, we're all reminded with a natural catastrophe like Hurricane Katrina or Hurricane Sandy. Or, sometimes we're all reminded just by watching nature happen from the safety of our chairs in front of our computers, as is the case with a new video from The New York Times.

In the video, the Turrialba Volcano in Costa Rica erupts in what is reportedly the volcano's strongest eruption in decades, spewing ash nearly 2 miles into the air.

Javier Pacheco, a volcanologist for the government, told The Tico Times there was mainly one high-pressure explosion responsible for the size of the eruption.

It was a single explosion but a really strong one. This means that there was high pressure inside the volcano.

The infrared video shows the explosions of lava from the mouth of the volcano, and even though the video has no sound, you can just feel the raw magmatic power of the eruption.

It's something you really have to see to believe, so check out the video below and be sure to watch the eruption in full screen for the full effect.