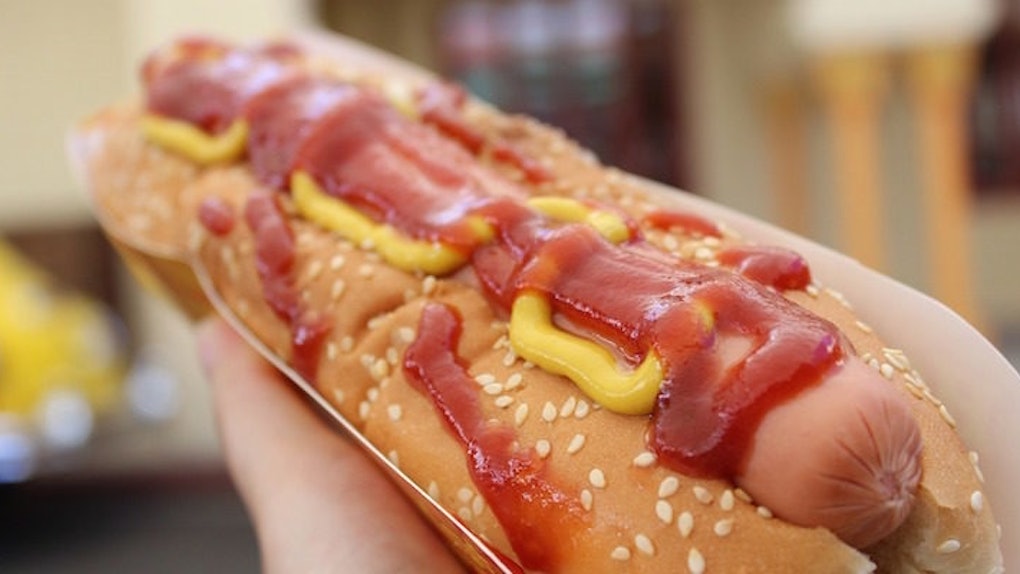 It's been a rough week for meat eaters.

A few days ago, the World Health Organization declared indulging in bacon, deli meat and red meat can cause cancer.

According to the organization's findings, eating just 50 grams of processed meat each day -- the equivalent of two slices of ham -- can increase your risk of colon or colorectal cancer by 18 percent.

The report finds processed meat so egregious, the organization places it in the same category as smoking.

Bacon, hot dog and deli meat lovers all over the world are now forced to think of an alternative for their favorite salty, meaty treats.

But, if you're thinking vegetarian hot dogs are a safe bet, think again.

To come to its findings, Clear Food sampled 345 hot dogs and sausages from 75 different brands.

In total, the company found 14.4 percent of the hot dogs tested to be problematic in some way, including hygiene issues and unreported meat substitutions.

In its findings, the company says,

Not everyone, however, is buying what Clear Food is selling.

This is telling us nothing new about hot dogs. It's a sensationalist marketing ploy by companies designed to sell their services.

To put it into perspective, Americans spend $2.5 billion on hot dogs, another $2.74 billion on dinner sausages and over half a billion on breakfast sausage each year.

If variety meats, such as livers, kidneys, and hearts are among the ingredients in a hot dog or sausage, the label should state 'with variety meats,' and the particular ingredient should be listed on the package.

It's not all doom and gloom, though.

The company points out some meat producers are exceptionally clean and honest, including Butterball, Hebrew National and McCormick.

Check out all of Clear Food's findings here.