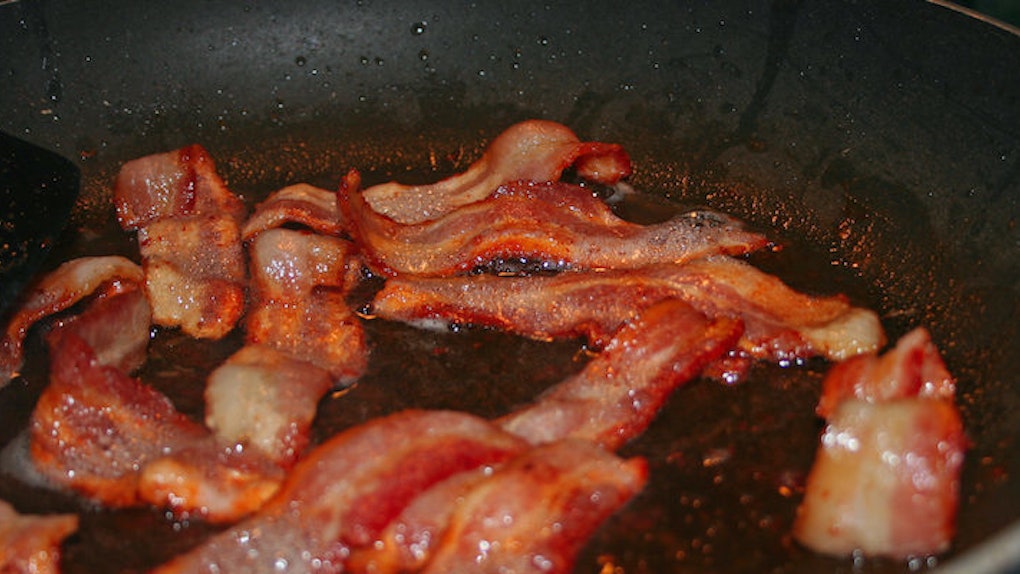 Terrible news for all you bacon and hot dog lovers out there: The World Health Organization declared these salty delicacies, along with other processed and red meat, cause cancer.

Numerous studies have linked processed meats with cancer -- most commonly colorectal cancer -- but this is one of the first times an influential group has taken such a huge stance against meat.

This conclusion was reached by a panel of 22 experts who looked at years of research done on the connection between cancer and processed meat.

This study review looked at experiments done on animals, research on people's diets and studies done on how exactly red meat leads to cancer.

Although the decision was not completely unanimous -- some don't think the evidence actually proves there's a connection between red meat and cancer --  to be on the safe side, it's probably time to cut back on red and processed meat.

But that's not going to be easy because bacon is really delicious, makes brunch wonderful and the average American consumes 18 pounds of it every year.

Good luck out there.