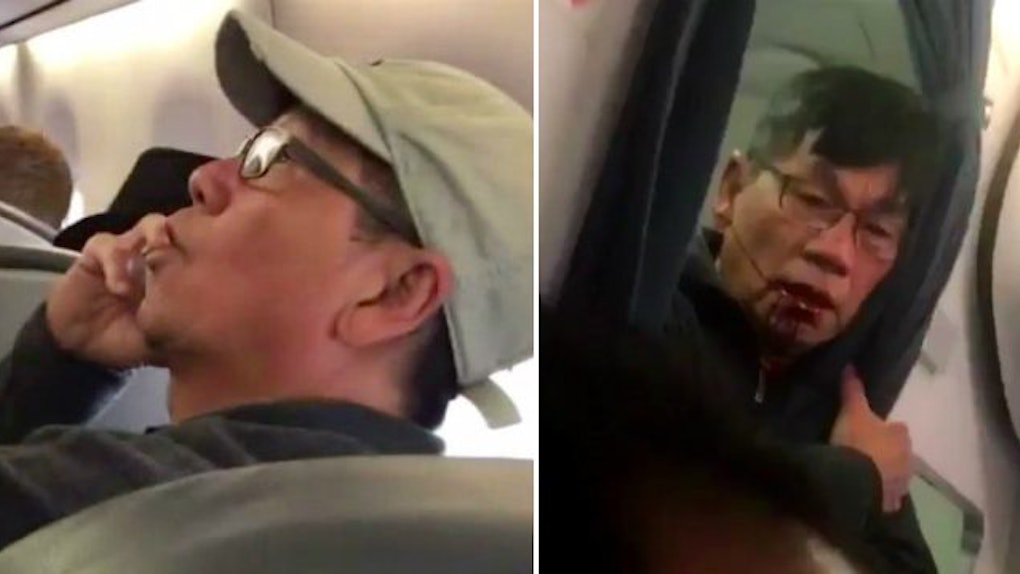 New United Video Shows How Much Their CEO Exaggerated

By now, we've all seen the horrifying footage of a doctor being dragged off a United Airlines flight by authorities.

After that, United's CEO Oscar Munoz merely apologized for "having to re-accomodate these customers" and didn't have any apologetic words for the doctor David Dao's violent treatment.

Next, a letter to United's employees written by Oscar had the CEO praising the actions of United employees and calling David "disruptive and belligerent."

Now, newly released footage shows the moments before David's head was hit against an armrest, and it completely contradicts the CEO's description of Dao.

In the video above taken by fellow passenger Joya Cummings, Dao is polite. He never raises his voice, and he validly makes the case that he has to be back to work because he's a doctor.

I'm a physician and I have to work tomorrow at 8 o'clock.

Even when he was asked to leave, Dao kept his cool, saying,

After allegedly discussing the prospect of suing United, Dao tells an officer who said he'd be forced to drag Dao off the plane,

Then drag me down. I am staying right there.

He just wanted to go home, had to work the next day and did not feel it was right to have to give up his seat, a seat he was already sitting in upon the plane. I was not concerned for my safety, nor that of my toddler's or for my pregnancy until the police were called aboard our plane to remove him. I was worried about what a physical altercation would entail with us sitting directly behind him and if the officers were armed in a tiny, confined space.

He has since been asked if he now thinks Dao was at fault. This was his response:

No, he can't be. He was a paying passenger sitting in a seat in our aircraft, and no one should be treated that way, period.

Yeah, no shit. United is now offering full compensation for everyone on United Flight 3411 and won't ask police to remove passengers from full flights in the future.

In my opinion, it might be too little too late.