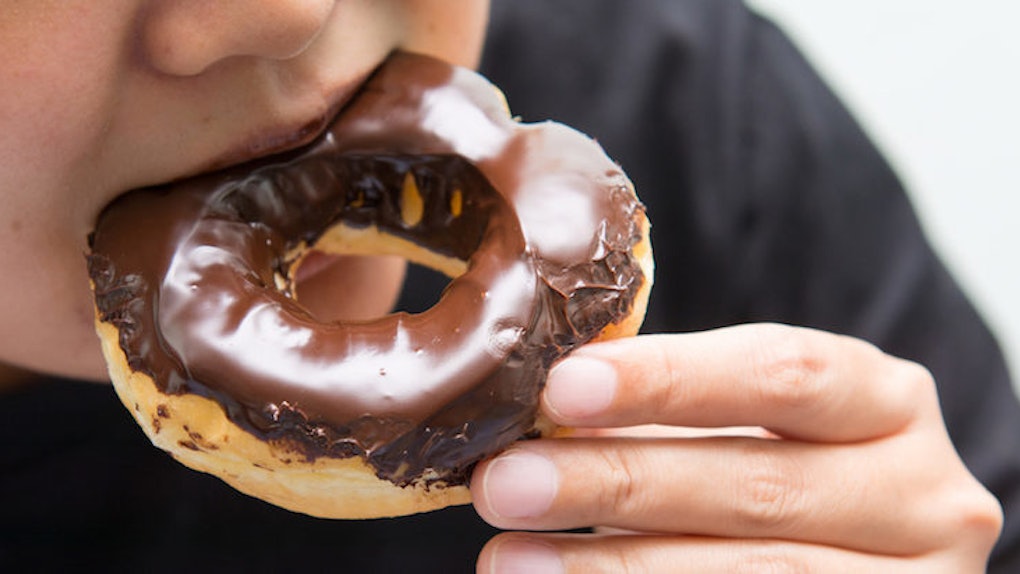 This One Thing Could Actually Be Really Bad For Your Sperm

Obese men may be passing obesity on to their children through alterations in their sperm.

According to The Guardian, a study conducted at the University of Copenhagen found obese men possess genetic markers in their sperm cells that may determine the eating habits of their offspring.

Researchers studied the sperm of 13 obese men and that of 10 healthy men in search of changes affecting how genes are expressed.

The sperm of the obese men's group was discovered to contain genetic markers possibly altering the expression of genes associated with appetite control.

Healthy men, on the other hand, possessed no such changes in their sperm.

Next, the researchers studied the sperm of six men before and after they underwent gastric bypass surgeries.

Within a year after the surgeries, The Washington Post reports approximately 5,000 out of 9,000 genetic markers linked with obesity in the men's sperm disappeared.

It's common knowledge that when a woman is pregnant she should take care of herself -- not drink alcohol, stay away from pollutants, but if the implication of our study holds true, then recommendations should be directed towards men, too.

The researchers were not certain, however, whether or not these genetic markers are passed on to children or about the markers' potential to increase children's risks of obesity. This study involved a very small amount of participants, so the results cannot be deemed entirely conclusive.

But unlike any research that came before, the findings suggest a father's health can have a significant impact on the health of his offspring, according to The Telegraph.

We don't yet know if this is important. But if what we've found is transmitted to children and is doing something negative, it raises new questions about what do we need to do, and how long we need to do it before we conceive.

To gain more conclusive information, the researchers will study embryos created via in vitro fertilization, along with the sperm of the men who fertilized the embryos.

This study was originally published in the journal Cell Metabolism.

Citations: Overweight men may pass genetic obesity risk to their children (The Guardian), Listen up, dads: Obesity makes your sperm weird. (The Washington Post), Unhealthy lifestyles of men are written into their sperm, study finds (The Telegraph)