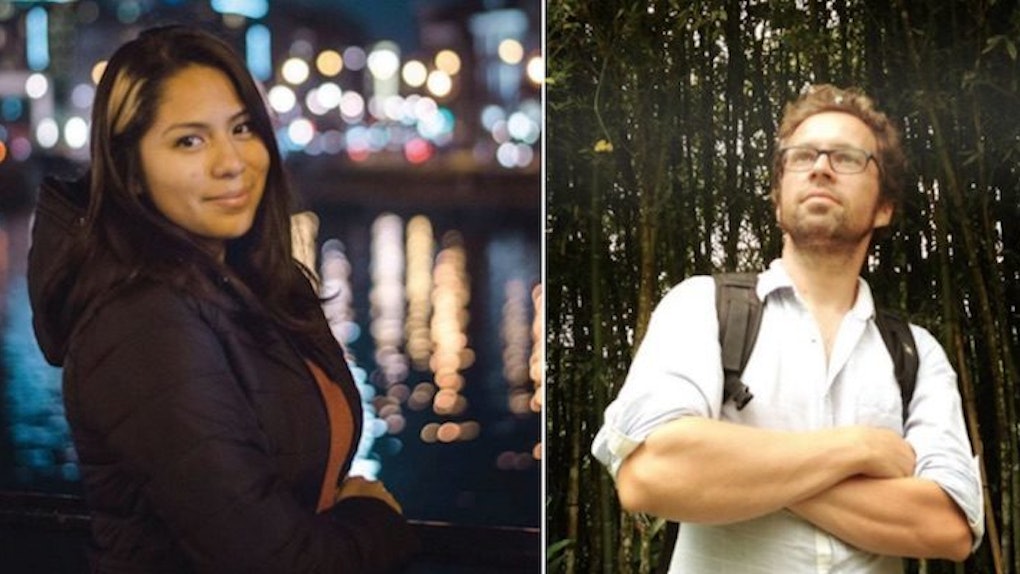 Twitter Remembers The Victims Of The Paris Attacks With #EnMémoire

In the wake of tragedies like the Paris attacks, we often find ourselves focusing far too heavily on the perpetrators.

This is quite normal, in many respects, because we want to understand why anyone would do something so horrible.

But in doing so, we all inadvertently help spread fear and draw attention away from the people we should actually be highlighting: the victims.

Paris. The news came out on Friday. We weren't on the air, obviously, but we still had to deal with it. I guess everyone had to deal with it… It's tough, because, you know, I think our lives are defined by moments: Dinner with family, taking a nice drive together... And I think the reason it's painful is because, often, terrorism seeks to replace these moments with death and fear. We are all afraid. We replace that fear with anger a lot of the time but I think what we should try to choose to do is not focus on the perpetrators, because every attack — whether it's Paris, Beirut, or Kenya — seems less about a specific group of people and more about on humanity itself. One thing that made me smile was people of Paris showed us that the only way to overcome inhumanity is humanity. There are taxis that turned off their meters to get people home for free. Lines and lines of people waiting to donate blood. And the thing that sums it up the most for me was the spontaneous hashtag '#PorteOuverte,' which means 'open the door,' and anyone who was stranded in the streets of Paris, anyone who needed a safe place to sleep, was welcomed into the homes. This is the most terrifying night of people's lives and they're opening their doors to random strangers to let them come in and be their refuge. It was amazing to see, and to the people of France, we commend you… Our prayers will be with Paris, our prayers are with the people. But let's not forget, before we fight, to love.

Focusing on the perpetrators, inhumane and cowardly individuals who attacked innocent civilians, is not the way to move forward after such horrific events.

Instead, as Noah aptly highlighted, it's better to focus on our common humanity, and the fact the good in the world will always outshine the bad.

@ParisVictims, a Twitter account created by Mashable, is setting a very positive example in this regard by posting one tweet about every single victim of the Paris attacks.

Each tweet tells a little about each victim and features the hashtag #enmémoire (in memory).

It's a beautiful reminder now is the time to remember the good things about those who were lost, not focus on the ugly motivations and ideology of the awful humans who took them from the world.

Here are some of the inspiring tweets posted in memory of the victims of the Paris attacks.

They're deeply emblematic of the immense value of human life.

In memory of Alban Denuit, a teacher and lover of art and music

In memory of Mathieu Hoche, father and lover of rock and roll

In memory of Nohemi Gonzalez, an American student who brightened the lives of those around her

In memory of Amine Ibnolmobarak, a brilliant and stylish young architect

In memory of Elodie Breuil, a kindhearted student

In memory of Luis Felipe Zschoche Valle, a Chilean musician who lived in Paris with his wife

In memory of Ludovic Boumbas, a man who reminded people of the good in the world

In memory of Claire Camax, a woman the world is less radiant without

In memory of Christophe Lellouche, a kind and attentive man who loved a good beer

In memory of Ariane Theiller, who loved superheroes (as it should be)

There were 129 people killed during the Paris attacks. As Paris heals from the awful events of Friday, let's make sure these people aren't forgotten.