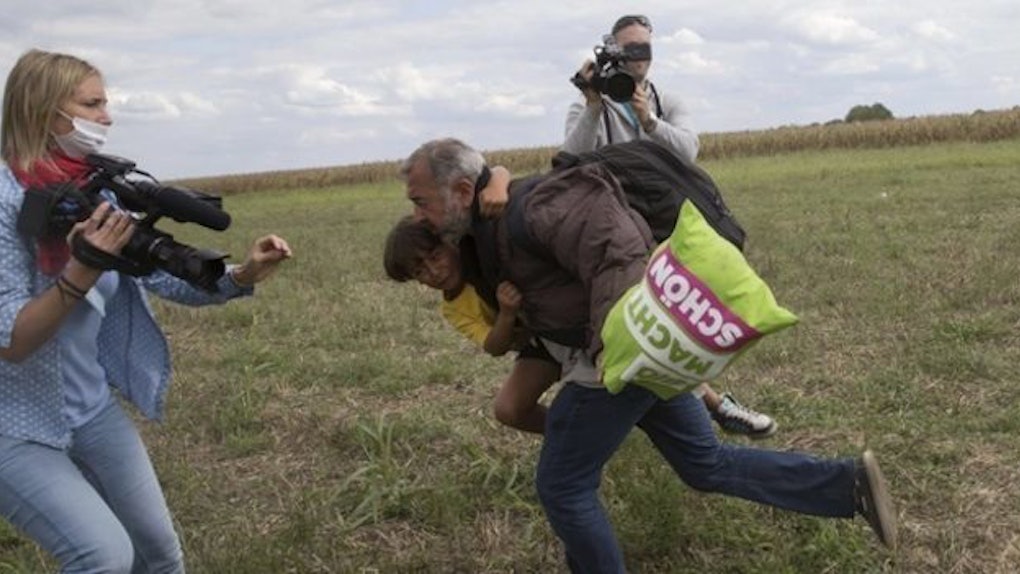 A camerawoman for a Hungarian TV station was reportedly fired after she was caught kicking and tripping refugees fleeing from police.

The refugees she filmed were allegedly being kept in a makeshift camp by police in Röszke, Hungary and had fled due to the location's poor conditions.

According to The New York Times, the camp consisted of hundreds of migrants, many of whom had left war-torn cities in Syria, Afghanistan or Iraq.

Pope Francis recently called for every European parish to take in one refugee family, but some countries seem opposed to the idea of housing Muslim guests.

Laszlo was allegedly fired not long after footage of her attacks was posted online.

According to The Guardian, Laszlo may be charged with violence against a member of the community, potentially facing up to five years in prison.