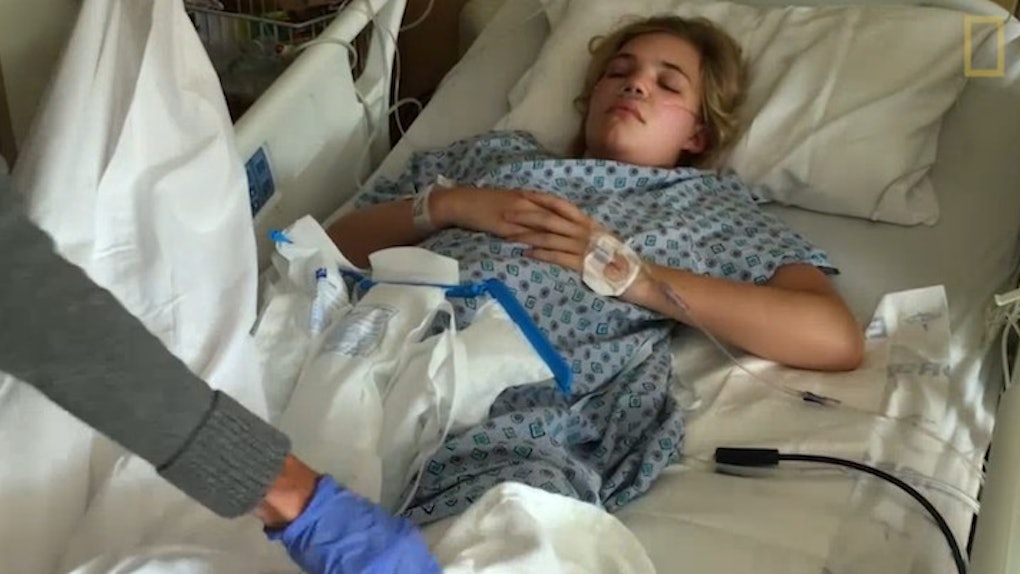 The entire procedure, which took place on August 30, 2016 and was published by National Geographic on December 29, 2016, was documented, set with commentary from the surgical team and graphic instruction describing how the doctors morph a penis into a functioning vagina.

Emmie and photographer Lynn Johnson wanted to give an unapologetic look into the procedure itself.

"It was stressful and scary at times, but it almost created a mission other than just recovery. We were making something together," Emmie tells National Geographic.

In the video of the procedure (which, warning, is very graphic), the surgeons give step-by-step commentary of what they're doing.

The scrotal skin is taken off and used as a skin graft. It's rolled up into a tube, and that's placed into a space that we make in the base of the scrotum and goes back in between where the bladder sits and the rectum sits. That's going to be the lining of the vagina.

Refinery29 reports that Emmie hopes the general public will slowly but surely become much more informed on the general topic of transgender and gender-nonconforming individuals, as well as the steps taken in order to make complete a gender confirmation surgery.

She says, "If you're not living freely, that's time wasted. And I felt my time was wasted pretending to be a boy. It was the best decision in my life.”

What I personally found tugged at the heartstrings more than anything was the presence of Kate Malin, Emmie's mother and a reverend in the family's Episcopal church.

Kate is present at Emmie's side throughout the entire video, and her love for her daughter radiates through the screen.

"What my husband and I keep remarking on to each other is this just feels so right, it's so her, it's so the child we've always known and loved," she says, "even though, a few years ago, we wouldn't have necessarily anticipated this step." And what a step it's been.

While many trans people throughout the world may be forced to deal with issues like this alone, Emmie has a full support system to carry her through post-surgery steps and womanhood.

And that's a beautiful thing.