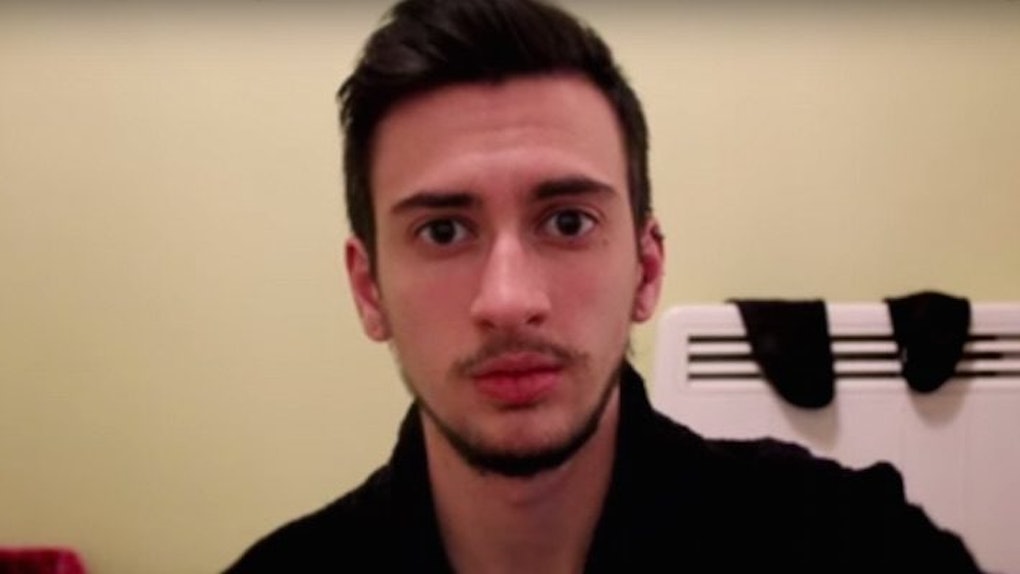 Time-lapse selfie videos are nothing new in the big, wide world of the Internet, but Jamie Raines' three-year time-lapse video documenting his gender transition is pretty incredible, to say the least.

Raines, now 21, began his selfie-documentation project three years ago, on the day he received his first dose of male hormones.

His goal: He wanted to see the physical changes in his body as the testosterone began to work.

The YouTube star initially planned to take a selfie a day for only a year, but the project expanded when, after the first year, Raines didn't grow any facial hair.

Watching Raines' transformation is nothing short of awe-inspiring. Not only do you see him take on more masculine features, but I believe you really see him come into his own.

I didn't like looking in the mirror before I started on testosterone. Now, I'm happy with what I see.

It's an incredibly inspiring video, so take a look up top.

Citations: This Trans Guy Took A Selfie Every Day For Three Years To Show How He Changed (BuzzFeed)