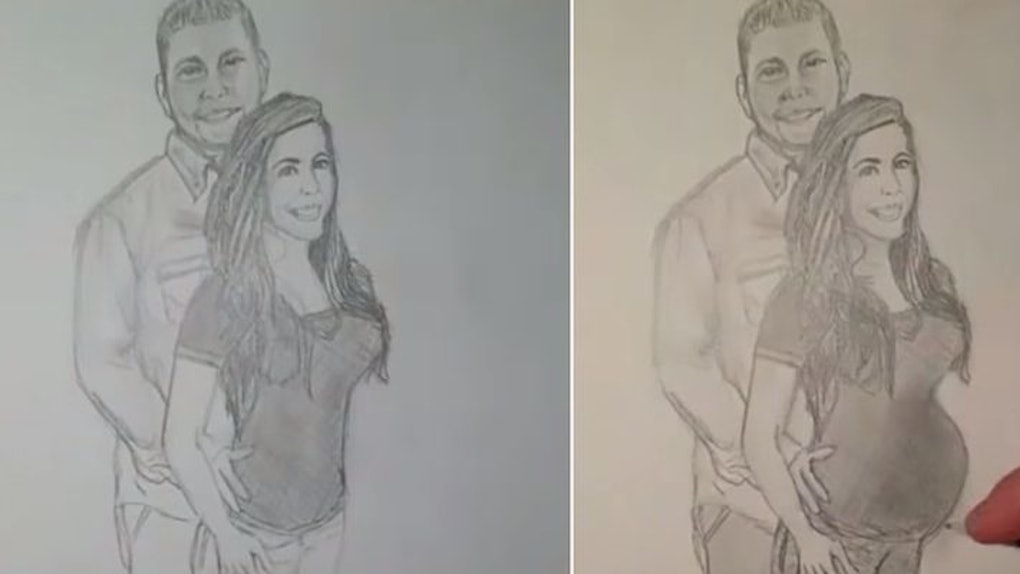 The stencil time-lapse video shows Nick with his wife before this caption pops up:

But wait... We almost forgot someone...

A baby bump is then penciled onto Rollins' wife's belly, and we learn of the future third Rollins mishpacha member, aptly named "Baby Rollins."

Aside from videos where soldiers see their dogs for the first time after coming back from deployment and babies laughing at things they shouldn't be laughing at, pregnancy announcement videos are probably my favorite feel-good YouTube stuff.

Something about a cool announcement art project or even just simply taping the couple handing a gift-wrapped pregnancy test to the soon-to-be grandparents is enough to lead me down a YouTube spiral of "d'awwwwwww"-inducing uploads.

Don't get too excited to announce your intention to sire a child though, because, from what my dad told me, like 60 percent of pregnancy announcements in real life involve the wife yelling, "I'M PREGNANT! SO WE BETTER FIGURE OUT HOW TO DEAL WITH THIS!" during a fight.

Citations: Meek Mill finally responds to Drake with his own diss track Wanna Know (The Verge)