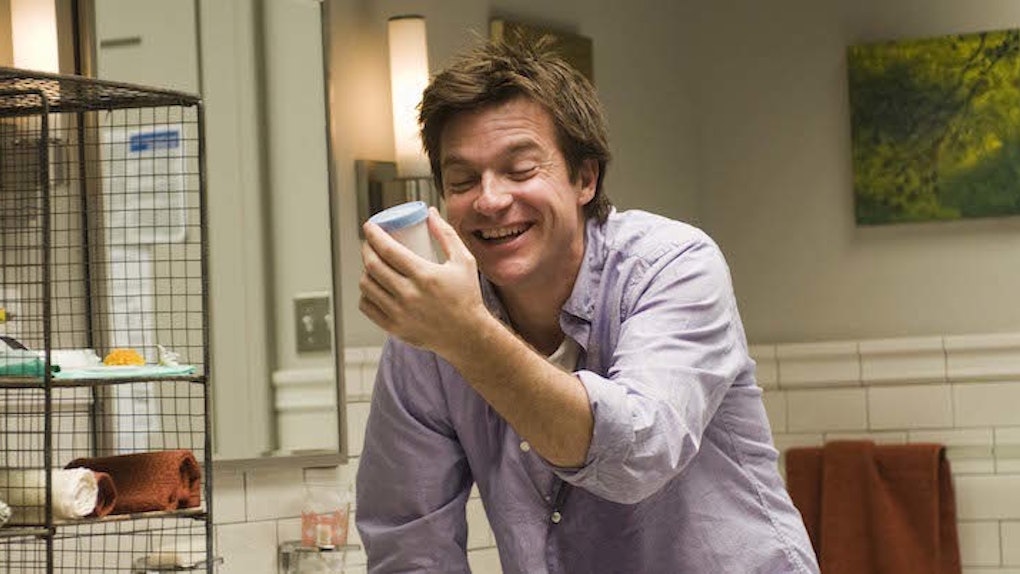 Odds are, seemingly harmless, everyday activities are actually weakening your ability to procreate.

Several studies found you can lower your sperm count simply by being a creature of habit, and these habits tend to be pretty enjoyable.

Here are five things you're probably doing on a regular basis that may be killing your sperm in the process.

1. Watching too much TV

Research conducted at the Harvard T.H. Chan School of Public Health found men who watched more than 20 hours of TV a week had 44 percent less sperm than those men who watched less TV in the same time frame.

The sperm samples came from 189 men, ages 18 to 22, who recorded how much time they spent in front of the TV in a given week.

It appears the decrease in sperm comes from the excessive sitting, since the participants who exercised regularly had 73 percent more sperm than those who got the least exercise. So you might want to get up every now and then.

Shocker: Drinking a lot of alcohol isn't very good for you. According to researchers, you only need to drink five units (less than three pints of beer) a week to reduce the quality of your sperm.

A study published in the journal BMJ Open involving 1,200 Danish military recruits, ages 18 to 28, found the amount of alcohol consumed was directly correlated to sperm count.

The average amount of units participants drank in a week was 11. Researchers found the more alcohol consumed in a week, the greater the decrease in levels of reproductive hormones and sperm count the following week.

Over the course of a year, 12 men were instructed to wear boxers for a certain period and then boxer briefs for the same amount of time for a study on the effects of underwear on sperm counts.

Wearing boxer briefs also decreased sperm quality by about two-thirds. Guess this means everyone should stick to boxers?

Men who do not eat meat apparently have a lot less sperm than their carnivorous counterparts.

In a four-year study, researchers at California's Loma Linda University School of Medicine discovered 26 vegetarians and five vegans had an average of 50 million sperm per milliliter compared to the average of 70 million per milliliter for 443 meat eaters.

Researchers believed the difference may be attributed to vitamin deficiencies and an abundance of soy, which may negatively affect sperm. Moral of the story? Eat meat.

If you usually smoke weed just two times a week, your sperm count may be 29 percent lower than those who don't smoke as often, according to a study from the University of Copenhagen.

Sperm samples from 1,215 Danish men, ages 18 to 28, also revealed a 55 percent sperm deficit in those who regularly did drugs such as ecstasy and cocaine in addition to marijuana.

It isn't clear how exactly marijuana affects sperm, but researchers mentioned the possibility of THC, the main psychoactive chemical in marijuana, interfering with receptors in the testes.

The study's researchers could not, however, establish a causal relationship between marijuana and sperm count, since regular marijuana users tended to have an increased intake of cigarettes, alcohol and caffeine, and a combination of those three factors could possibly have a bigger impact on sperm count than marijuana alone.