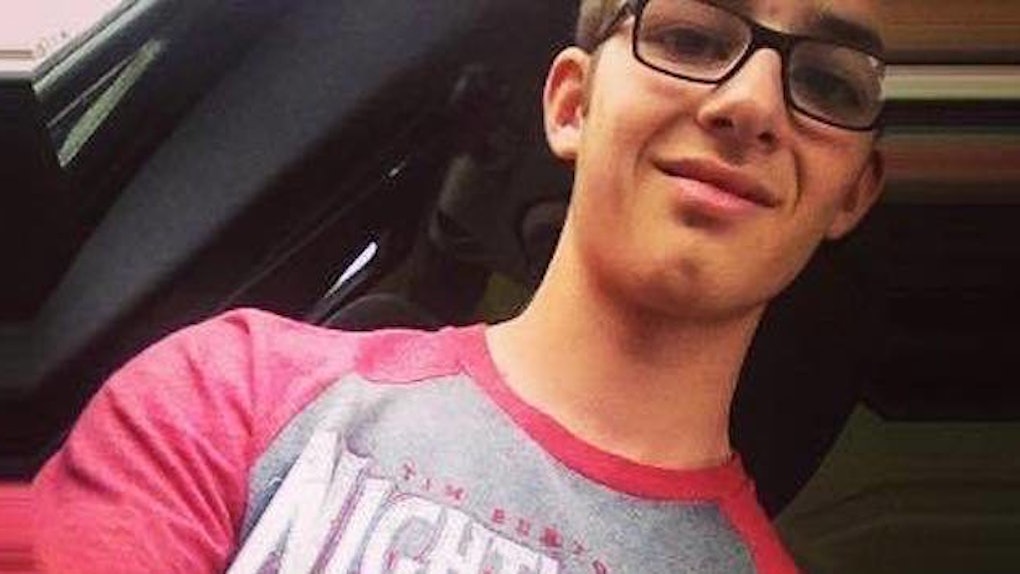 An Ohio teenager committed suicide after school administrators allegedly told him he had destroyed his future by smoking marijuana.

According to Raw Story, 16-year-old Geneva High School student and quarterback Hayden Long was found dead at his home on Monday.

A friend of his, Hank Sigel, wrote a letter blaming the suicide on school officials who callously berated Long, himself and four other students at the homecoming dance.

The letter describes how the six teenagers, all of whom are athletes and honor students, were met with harsh and arguably unnecessary punishment because the officials believed they smelled like marijuana.

Sheriff William Johnson said all six students confessed to smoking marijuana the night of the dance, Raw Story reports. Some of the students were found to be carrying smoking paraphernalia at the time.

Sigel's letter points out the students were questioned without their parents, but Sheriff Johnson said Ohio law does not require parental supervision for the questioning of juveniles.

According to Fox 43, a petition on Change.org calls for the school administrators who disciplined the students to be held responsible for the suicide.

It claims if the officials "had used a more [mature] and professional approach" when they spoke to Long, "he would most likely be still alive."

As of this morning, over 4,800 signatures had been attained.

Geneva High School, however, released a statement apparently on behalf of Long's parents that says they "in no way blame the school system and are offended that some others are speaking for them."

Superintendent Eric Kujala also said the petition is only making it more difficult for the school to mourn Long's death.