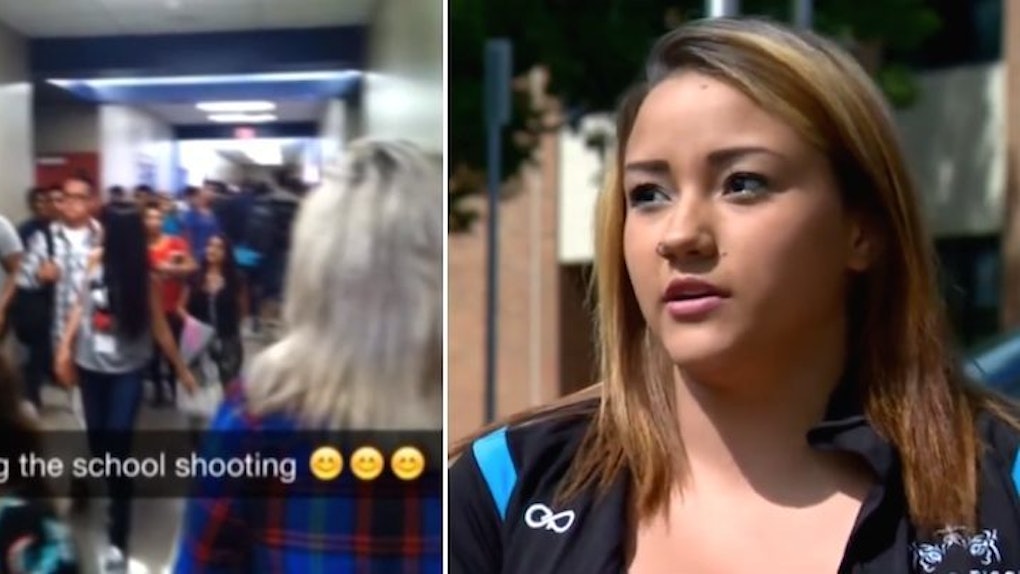 After all the violence we've seen in recent years, it's truly shocking any teenager would find the prospect of shooting up his or her high school funny. But one student did, and he got in a lot of trouble for his “joke.”

A male student from Sierra Linda High School in Phoenix, Arizona posted a photo of his school's crowded hallway to Snapchat and captioned the image,

Another teen in Colorado saw the image after the 16-year-old suspect made it public, and she subsequently notified authorities.

Apparently, the teen, named Kaylee, took a screenshot of the threat, sending the culprit a notification. He contacted Kaylee and identified himself as a student at the Phoenix high school.

Kaylee then contacted the proper authorities. She told KUSA,

I didn't want to assume it was a joke because if I would have woken up today and seen that he really did shoot up a school, I know how bad I would have felt if I know I could possibly have stopped it.

The sender was since arrested and charged with creating a hoax, a class 4 felony.

Take that as a lesson, kids. Never put something on social media you wouldn't want the cops to see.