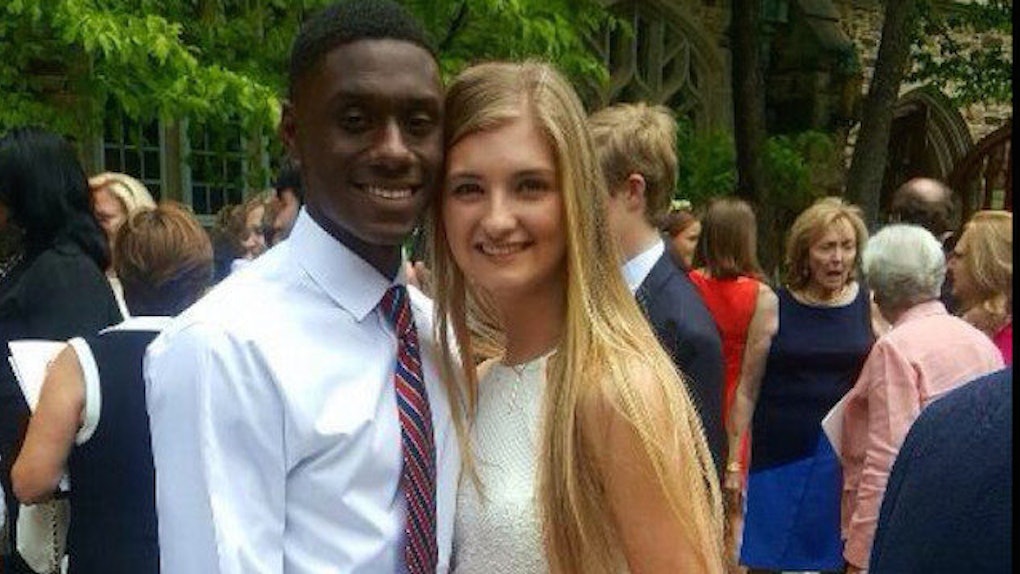 Teen Raises College Money After Racist Parents Cut Her Off

Allie Dowdle just wants to go to college and date the boy she wants to date.

But her parents are making that extremely difficult -- all because they don't like her boyfriend.

The 18-year-old, who is white, started a GoFundMe after her parents cut her off and refused to help pay her college tuition.

On the fundraising page, she says they cut her off because they don't approve of her dating her boyfriend, who is black.

She wrote that she started dating Michael about a year ago.

Allie, who lives in Memphis, Tennessee, showed her parents a photo of him, and they immediately said she could not date him. She wrote,

Why? Strictly because of skin color. It wasn't a quiet 'no,' either. I'll never forget the yelling my parents did, when they expressed how disappointed they were in me, that I could do so much better. I did not know what to do. I couldn't comprehend how someone could be seen as less because of pigment.

Then, around Christmas, Michael approached her parents and tried to get them to accept him.

Instead, they cut Allie off. They also took away "my personal savings, my car, my phone and my education."

Allie goes to a private school and has maintained a 4.0 GPA, she wrote.

She has received some college tuition money through financial aid, grants, loans and work-study, but she needed at least $10,000 to cover her first year of tuition.

And the internet provided. As of Friday morning, she'd collected more than $12,000.

Her father, Bill, insisted to the New York Daily News that "it was never about race." He said he and his wife's disapproval came in part because Allie started dating Michael in secret.

But also, Bill said, her dating a young black man isn't his "preference" because of "issues" with interracial dating in the South.

He said he cut her off because she was spoiled.

Allie wrote in an update on her GoFundMe that she never meant to shame her family. She added,

My father's public accusations [...] do not tell the full story and do not coincide with the personal opinions he has previously shared with me.

The campaign has started an intellectual argument in the comment section about whether helping send a white girl to college actually constitutes "saying no to racism," as the campaign is subtitled.

At the very least, it's the latest example of modern ways to come up with college tuition.