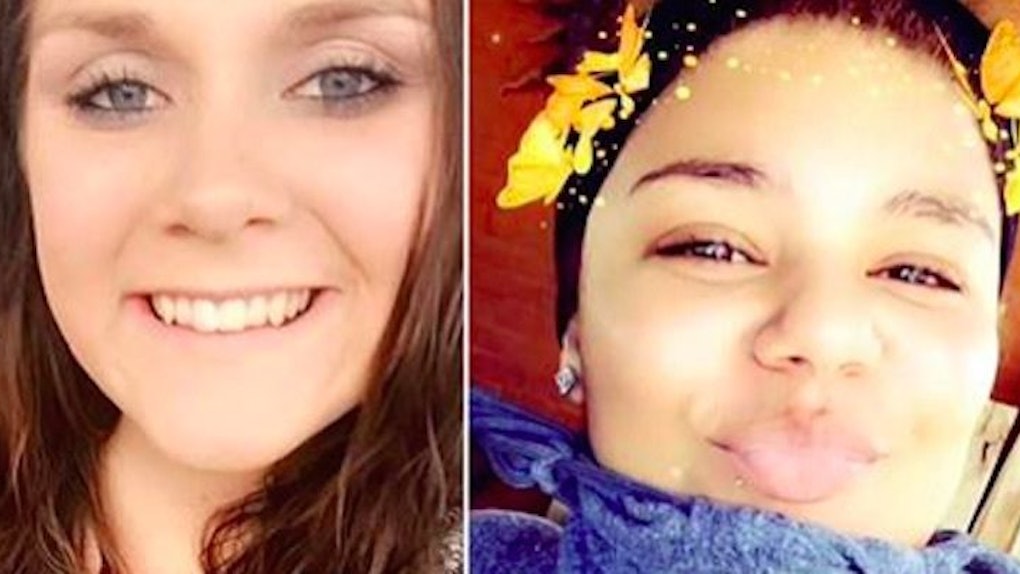 On Tuesday night, 18-year-old Brooke Miranda Hughes was streaming to Facebook Live as she drove down a Pennsylvania highway with her 19-year-old friend Chaniya Morrison-Toomey around midnight.

The Associated Press reports one can hear Toomey say “Are you going live?” as the two streamed their car ride on Interstate 380 near Tobyhanna, Pennsylvania.

Moments after Toomey spoke these haunting last words, their vehicle was rear ended by a tractor trailer.

Sadly, the fiery car crash killed both Hughes and Toomey.

Hughes captured the whole terrifying ordeal that resulted in the death of her and her friend on Facebook Live.

According to the Scranton Times-Tribune, the Facebook Live footage – which has since been taken down from the website – features flashes of bright light and loud screeching noises. They occur just seconds after Toomey's eery last words.

Then, the screen goes black and remains completely dark for seven minutes.

The silence is broken by the sound of a man's voice. Then, a blurry, bearded face appears right before the eight-minute video ends.

Pennsylvania State Trooper Dave Peters reports both teenagers were declared dead at the scene of the accident.

According to autopsy reports from the Monroe County Coroner's Office, both teens were so badly burned in the car crash, investigators could not visually identify Hughes or Toomey.

The man behind the wheel of the tractor trailer, Michael Jay Parks, walked away from the deadly accident unscathed.

The tragic Facebook Live video will be used as evidence in the investigation.

People watching Live videos can report potential violations of our Community Standards, and we will take the appropriate action. We also encourage people to contact law enforcement if they see a Live stream in which someone is in danger.

The Scranton Times-Tribune also reports it is too early to determine if Parks will face any charges for the fatal accident.

If you're looking for a way to help out the teens' devastated families, a GoFundMe page has been set up by Toomey's loved ones to raise money for her funeral expenses.