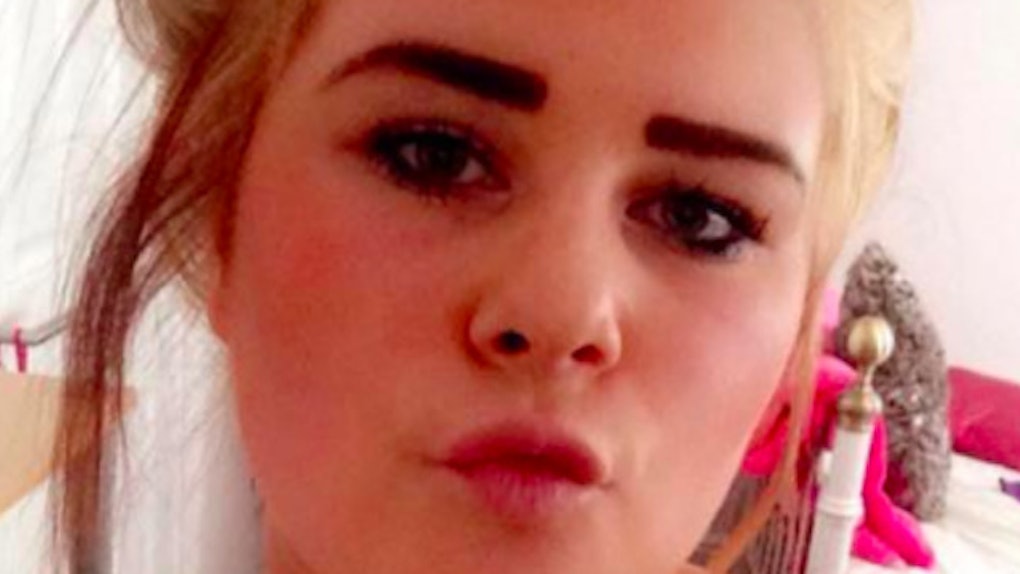 A teenage girl who was found dead in an alley reportedly disappeared after going to see a man she had met online.

Detectives are investigating the crime after the body of the 16-year-old girl, named Leonne Weeks, was discovered by members of the public in Dinnington, South Yorkshire, England.

South Yorkshire Police said an 18-year-old man has been arrested on suspicion of murder.

Police had earlier launched a murder investigation due to "concerns around the state of the body and the injuries."

Friends of Leonne said the teenager had gone for a first date with a man she met on an online dating site, but didn't come home.

It prompted her family to post frantic appeals for her safe return on Facebook. Her mom Paula Oldfield is “absolutely distraught,” MailOnline reported.

I don't know who would do this to her. Leonne was popular, but quiet, and would mix about with anyone. She is a nice person and such a lovely lass — I don't know how anyone could do this. They [Leonne's family] are just completely devastated and shocked by what's happened — my sister Paula is absolutely distraught.

Leonne's aunt said she had finished school and was doing a hair and beauty course at Dinnington College.

Her body was found on Monday, January 17, just 20 minutes after she was reported as a missing person.

The 18-year-old man from Dinnington remains in custody and is facing questioning by officers.

Detective Chief Inspector Steve Whittaker appealed to anyone who witnessed something suspicious to come forward. He added,

We have increased patrols in Dinnington at this time to provide reassurance to members of the community and I'd urge anyone who thinks they have any information, to please speak to an officer. While formal identification has not yet taken place, we are working closely with the family of a girl from Dinnington.

Citations: Man, 18, is arrested on suspicion of murder after a 16-year-old girl was found dead on a Rotherham pathway 'after she went to meet an online date' (MailOnline)