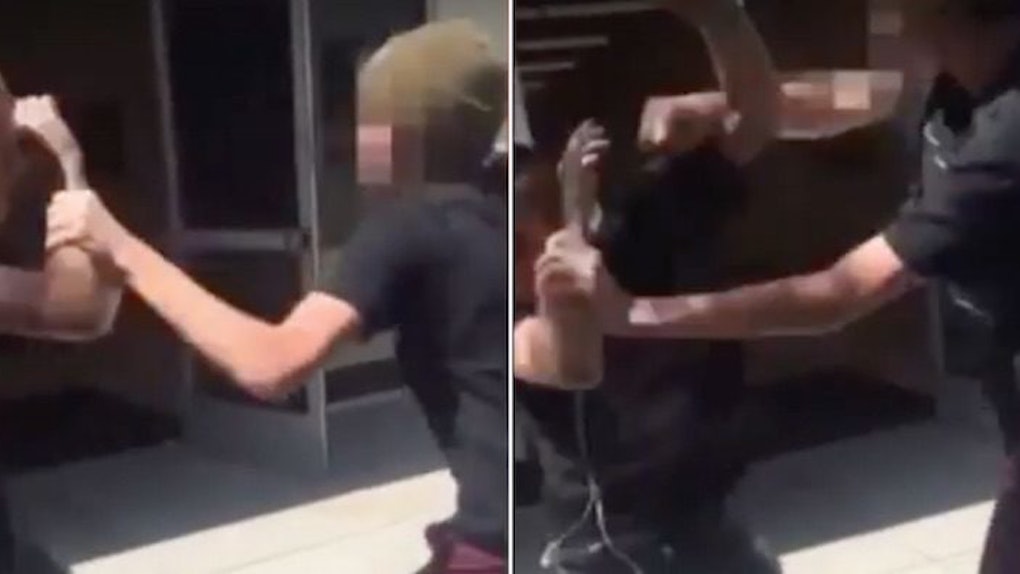 A California high school student took down a bully who was assaulting a partially blind student.

According to NBC 4, the physical confrontation between the two students began at around 12:30 pm on Wednesday at Huntington Beach High School.

Video showed one student throwing several punches at another student before being floored by what appears to be a single punch from a third student.

A statement from the Huntington Beach Police Department revealed the student who was allegedly being bullied is partially blind.

The police statement went on to say the partially blind student was likely not being targeted because of his impaired vision.

School resource officers, detectives and school officials conducted a detailed investigation and spoke with the students involved and witnesses to determine the circumstances involved in the fight. Officials learned the victim, who has a degree of visual impairment, and suspect know each other and have a history of not getting along.

The alleged bully was arrested for misdemeanor battery and released to his parents.

That student's brother told NBC 4 the partially blind student goaded his brother into becoming violent by taunting him.

He believed the third student is not at all deserving of praise. He said,

This so-called hero, he comes up and punches him in the back of the head. Pretty wrong, if you ask me. He could've killed him.

The third student is not expected to be arrested, and Officer Marlatt of the Huntington Beach Police Department called his decision to attack the alleged bully "reasonable."

But Daily Mail reports the third student was kicked off a sports team for violating the school's rules regarding violence.

The statement also said witnesses are being interviewed and suggested further disciplinary action may be taken once more information is collected.

An online petition was started to get the defending student back on the team. As of this morning, over 16,000 signatures were attained.