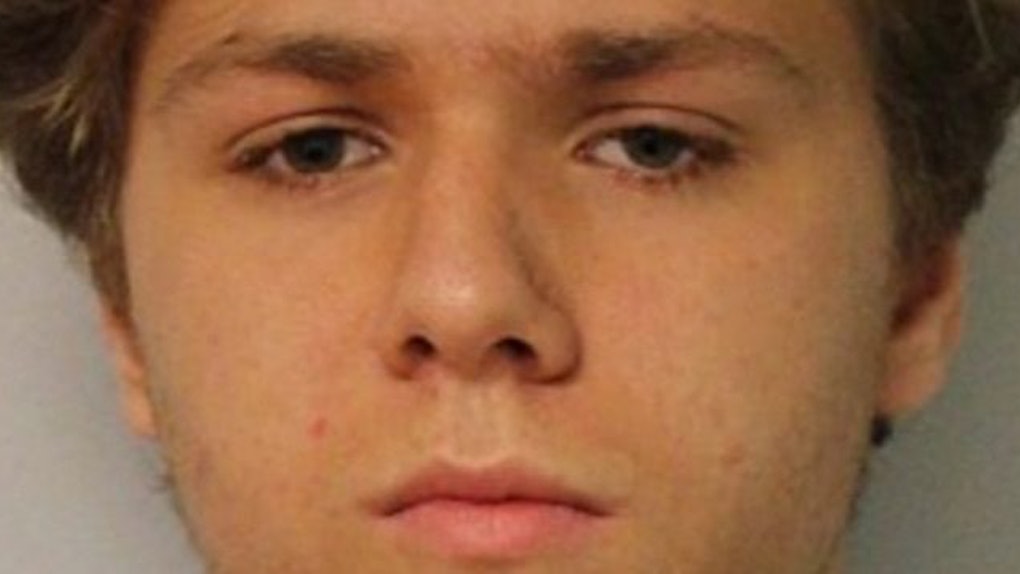 Last year, Miles Hughes of Camden, North London, met up with a 15-year-old girl in the Hampstead Cemetery to listen to music. He was 17 at the time.

The seemingly innocent night took a turn for the worst when the Nazi-obsessed teenager began adhering to the demonic voices inside his head saying he "needed to kill her," MailOnline reports.

Soon after, Hughes used a Stanley knife to carve his name into the young girl's left arm before pushing her onto the ground and raping her.

Ignoring his victim's pleas for him to stop, Hughes began stabbing her multiple times in the neck and chest.

While recalling the moments of attack for the police, his victim said,

He wouldn't accept the fact I had to go. He was sat on top of me saying, "You're going to tell the police."

His crazed moments were interrupted by someone passing by, who allegedly yelled "get off," which caused Hughes to flee the scene.

Thankfully, his victim was able to stand up and call an ambulance for help.

It's been reported when Hughes arrived him, he called 999 to report himself to authorities.

Apparently, he told them he killed the teenage girl by stabbing her in the throat, later admitting he "intended to cause her really serious harm and nothing else."

After he confessed his wrongdoings, police searched his home and found disturbing pictures that he drew inside his bedroom drawers.

One of them was a picture of a clown's face decorated with "666" and swastikas, and the other showed a person and the words "Anger creates Monsters, Hatred gives them reason."

Apparently, the deranged teen told the police that these drawings depicted the voices inside his head which encouraged him to try and kill the teen.

According to the Standard, Hughes, now 18, was found guilty of rape and attempted murder yesterday at the Old Bailey Courthouse.

He allegedly pleaded guilty to wounding with intent and will appear in court for sentencing on Feb. 24.