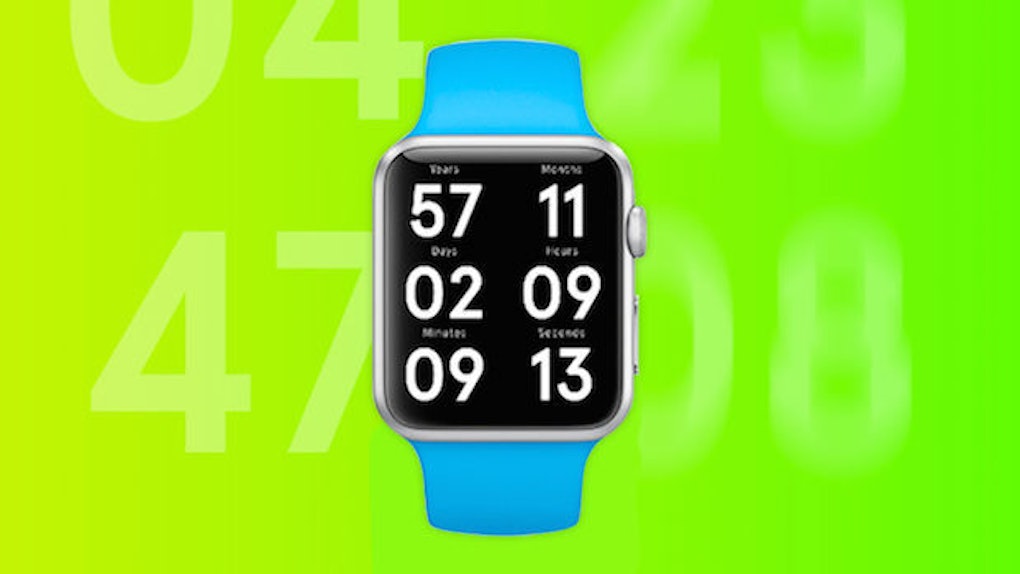 A new app for the upcoming Apple Watch will be able to tell users how their behavior is impacting their life expectancy.

Life Clock displays as a countdown, informing users of an estimate time of their death, Wired reports.

The app, which was created by digital designers Rehabstudio, calculates each user's life expectancy based on the information he or she enters into the Life Clock app.

Its purpose, however, is simply to encourage the user to improve his or her health by documenting the effects of good or bad choices.

The clock's life expectancy increases by a number of minutes when a user participates in healthy activities and decreases when he or she does the opposite.

Examples of these activities include exercising and eating nutritious meals while life-shredding habits range from a lack of sleep to smoking cigarettes.

In essence, the idea is we discount the future in favor of the present. Tomorrow, I'm the guy that goes to the gym, quits smoking and stops eating fatty foods. But today I'm going to have one last cigarette.

The Apple Watch will be released next month, but it isn't clear yet if users will be able to use any faces other than the nine pre-loaded on the device.

Citations: The Apple Watch Face That Counts Down to Your Death (Wired)