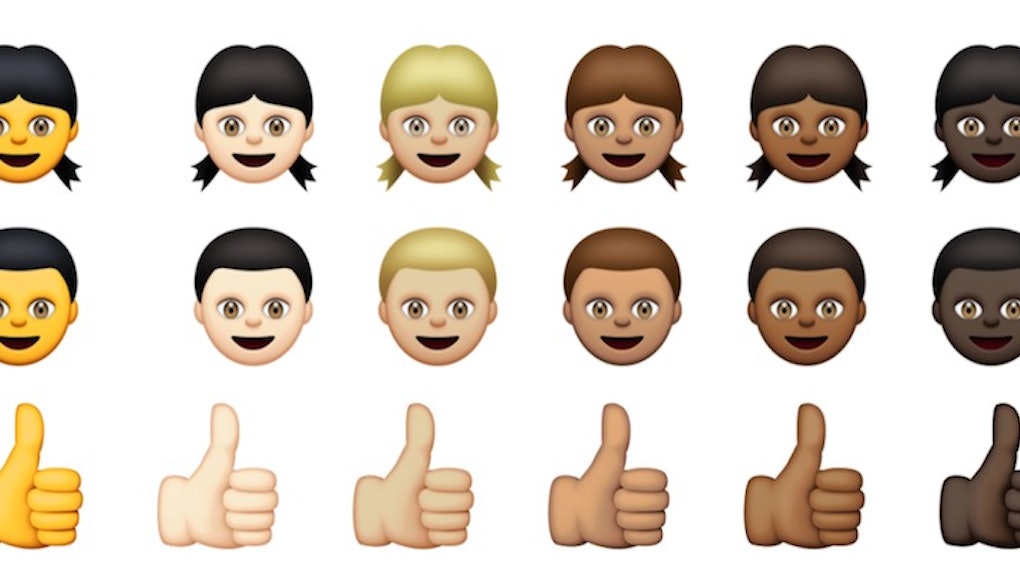 We recently showed you some of the new, culturally diverse emoji Apple had in the making.

Now, your days of waiting around for a new arsenal of icons are over.

That's right, you can finally say "sayonara" to settling for a library full of monochromatic emoji people. Apple just upped the emoji ante with the release of its new iOS 8.3 software.

The new software features an updated emoji palette containing 300 new icons that are sure to spice up all of your digital communications.

In addition to entirely new icons, the updated emoji library will feature a variety of different ethnicities for human icons as well as emoji depicting different types of family configurations.

Using the new feature is super easy. To change the skin color of these little guys, all you have to do click on one of the human emoji icons, and a window will pop up above that lets you choose from six color options.

The new icons finally have skin tones for different ethnicities.

And Apple added some new objects and more flags.

With these culturally diverse emoji, you can choose from six different skintone options.

Just click and hold down the symbol you want to change...

..and a menu will pop up with all of the different options.

You can use this new feature with any of the human icons in the people section.

Great job, Apple! It's about time.